There’s no need for an introduction anymore. By now, you know what we’re doing here. We are taking every single NFL franchise and ranking every head coach that they’ve hired during the Super Bowl era.

Let’s Rank All Of The Green Bay Packers Head Coaches 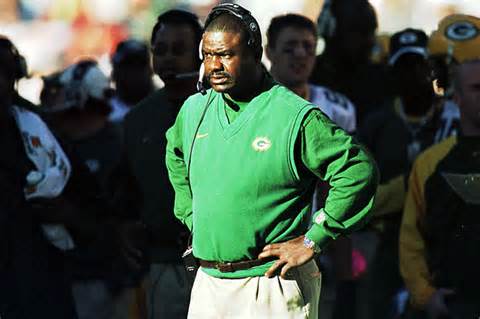 Ray Rhodes was the former head coach of the Philadelphia Eagles who had just recently been fired from the Eagles after four mediocre seasons. I don’t think anyone was really excited to knock Rhodes’ door down with a head coaching offer after he went 29-34-1 with Philly, but Green Bay sure as shit was. They hired Rhodes as coach after he was the only candidate they even interviewed for the job. In his one year with the Packers, Rhodes’ team went 8-8 (a huge disappointment considering Green Bay was coming off a run with Mike Holmgren that was extremely successful) and Green Bay decided to hit the reset button once again. A lot of people were confused why Green Bay was so enamored with Rhodes to begin with, but the marriage didn’t last long enough for anyone care.

After legendary head coach Vince Lombardi left the Green Bay Packers, the team struggled to find his replacement. Over the course of the next 20+ seasons after Lombardi’s departure, the Packers would struggle mightily. It’s never easy replacing a legend and the Packers found that out the hard way. Lindy Infante was one of the head coaches who the Packers employed during this down time. When the Packers hired Infante in 1988, he had never been a head coach in the NFL before so no one really knew what they were getting. Turns out they were getting a bunch of crap. After four mediocre seasons (Green Bay’s best year under Infante was 1989 when they went 10-6), the Packers cut him loose and moved on in a different direction. It was the smartest move they ever made. 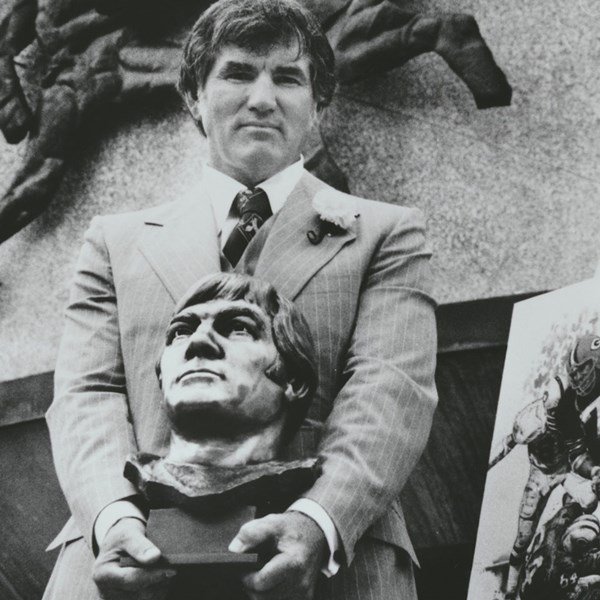 Sometimes, you can’t go home again guys. Forrest Gregg was a long-time player for the Green Bay Packers who jumped into head coaching once his playing career was over. After head coaching stints in Cincinnati and Cleveland, Gregg returned to Green Bay to help lead the Packers back to prominence. Wellllllll, that never happened. In four seasons with the Packers, Gregg was never able to finish better than 8-8 and his teams missed out on the post-season every year. Gregg left the Packers in 1987 after a 5-9-1 year to head back to the college game to coach his alma mater SMU who had just received the “death penalty” from the NCAA and were looking for all sorts of help.

I’ve already mentioned that it’s never easy to replace a legend and when you’re the guy who’s supposed to replace a guy like Vince Lombardi…..goooooooooooood luck! That’s unfortunately what happened to ol’ Phil Bengston. Bengston was the longtime DC of the Packers under Lombardi and when Lombardi stepped down as head coach, he named Bengston as the man to replace him. That went over like a fart in church. Bengston inherited a team that had just won a Super Bowl and he responded with 3 very average seasons and missed out on the post-season every year. That wasn’t going to cut the mustard in a place like Green Bay that was used to winning Super Bowl titles. Bengston was fired after the 1970 season once again proving my theory right…..you don’t promote from with-in in the NFL. It never works.

A lot of people remember the name Dan Devine from the movie “Rudy”. Devine was the head coach of the “Fighting Irish” during Rudy’s “playing days” and he wasn’t exactly portrayed in the most favorable light in the movie. That’s a story for another day though. Devine was a long-time college football coach who had a lot of success in the college game. The Packers were still looking for a replacement for Vince Lombardi when they came calling in 1971. Devine was intrigued by the job and accepted the offer, but unfortunately the results just never showed up on the field. After four mediocre seasons with just one measly playoff appearance, Devine resigned as head coach of the Packers to join Notre Dame and ruin the life of Rudy Ruettiger….according to the movie at least. 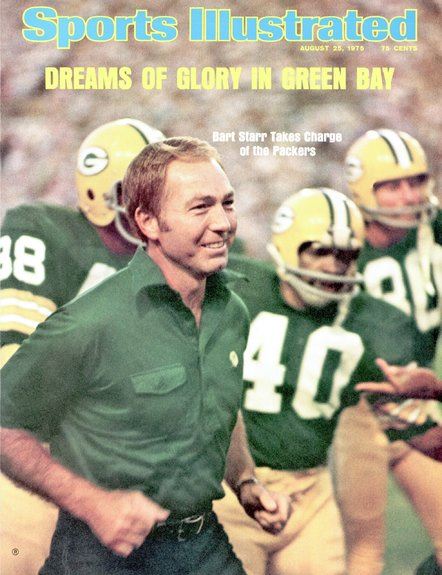 Bart Starr was a legendary quarterback for the Green Bay Packers. There’s no denying that. Just because you were a legendary quarterback, doesn’t mean you’re going to be a legendary head coach though. Look at Bart Starr for that example if you need one. Starr was an awesome QB and after he retired, he dabbled a little bit in both coaching and broadcasting. It wasn’t until Dan Devine walked away from the Packers that Starr became a head coach though and the Packers fans were excited. If Starr couldn’t bring them back to respectablity….could anyone? Yeah, about that. Starr spent nine seasons in Green Bay as head coach of the Packers and they only made the playoffs once in that span (in 1982 when the league was shortened due to a strike). Bart Starr. Legendary Green Bay quarterback. Less-than-average Green Bay head coach. 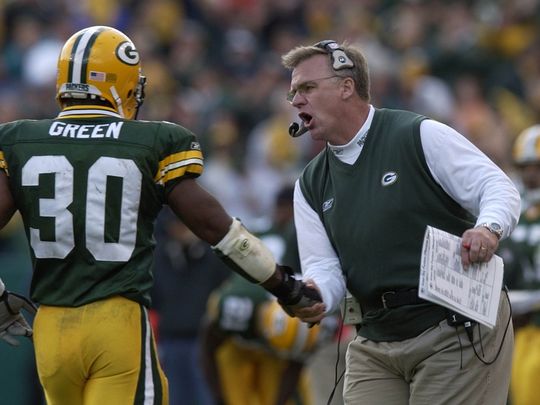 Mike Sherman gets a bit of a bad rap from Packers fans, but it’s not really deserved. The guy did a damn good job while head coach of the Packers, especially considering he had zero head coaching experience in the NFL or college before getting the job. Green Bay was looking for a replacement for Mike Holmgren still when they came knocking on Sherman’s door in 2000. Sherman was the OC for Seattle at the time and he quickly accepted the job. Even though Sherman never won the big one while head coach of the Packers, he finished his Packers coaching career with a winning record, two playoff wins, 3 straight division titles, and only one losing season. Start giving this guy a little more respect Packers fans. 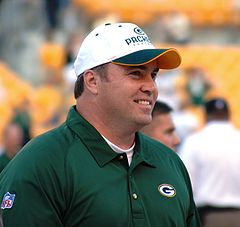 Mike McCarthy is easily the longest tenured head coach in Green Bay history in the Super Bowl era. That counts for something. Yes, the guy who “wasted Aaron Rodgers prime” checks in as a top 3 all-time Green Bay Packers head coach. Are you shocked? Well, you shouldn’t be. I know McCarthy’s name has been dragged through the mud a lot lately, but are we forgetting what this guy accomplished in his 12 years as Packers head coach? Under McCarthy, the Packers made the playoffs eight straight times. They also won four straight division titles from 2011 to 2014. McCarthy is 10-8 in the playoffs which includes four appearances in the NFC Championship. And…oh yeah. His 2010 team that went 10-6 in the regular season ended up shocking everyone and winning the Super Bowl. Yes, McCarthy’s offenses are extremely bland and he wore his time out in Green Bay. The Packers made the right move this season when they decided to can his ass. However, you can’t deny that Mike McCarthy is a top 3 all-time head coach in Packers history. 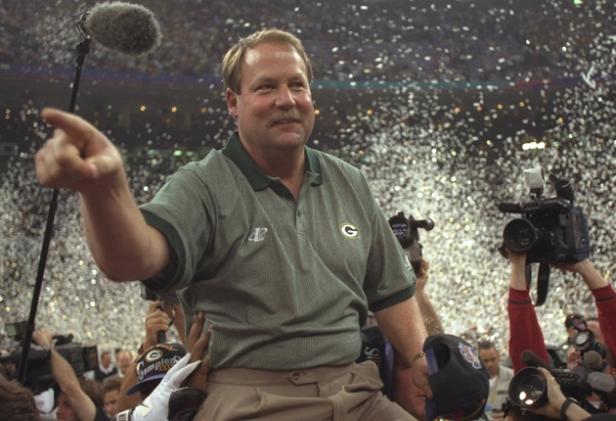 Mike Holmgren was highly successful as OC of the San Francisco 49ers, so it didn’t surprise anyone when the Green Bay Packers named him head coach in 1992. I think what surprised everyone was the success that Holmgren was able to have as head coach of the Packers. Green Bay was pretty much an afterthought in the NFL ever since Vince Lombardi left in 1967. The Packers had a span of over 20+ seasons that didn’t amount to jack. And then they went out and hired Holmgren and he changed the landscape of Green Bay football. In seven seasons as Packers head coach, Holmgren had ZERO losing seasons! His teams only missed out on the playoffs once (his first season) and he had a lot of post-season success as the Packers head coach. He finished his career in Green Bay with a 9-5 record in the post-season that included two Super Bowl appearances as well as a Super Bowl win in 1996. Holmgren surprised everyone in 1998 when he announced he was leaving the Packers to join the Seattle Seahawks. It really brought one of the NFL’s best ever head coaching eras to an end. Holmgren’s time in Green Bay was spectacular and one of the best coaching jobs I’ve ever seen. He would easily be #1 if it wasn’t for this guy……. 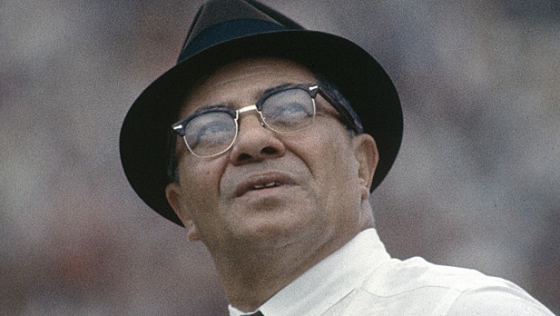 Oh, you were expecting someone else? Well, apparently you aren’t aware that the damn Super Bowl trophy is named after VINCE FUCKING LOMBARDI! To be fair, Lombardi only coached the Packers for two seasons under the “Super Bowl Era” umbrella. However, the guy WON THE FIRST TWO GOD DAMN SUPER BOWL AS HEAD COACH OF THE PACKERS AND GOT THE DAMN TROPHY NAMED AFTER HIM!