There’s no need for an introduction anymore. By now, you know what we’re doing here. We are taking every single NFL franchise and ranking every head coach that they’ve hired during the Super Bowl era.

Let’s Rank All Of The Dallas Cowboys Head Coaches

The sign of a really bad head coach is someone who’s teams either show no improvement at all or if the team regresses. Dave Campo spent three seasons as the Cowboys head coach and they went 5-11 all three years. You want to know why? Because the Cowboys gave Campo the job after serving as an assistant with the team for almost ten years. Never promote from with-in guys. It rarely works and I’m tired of repeating myself here. 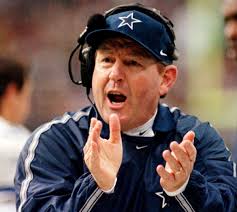 Chan Gailey’s head coaching tenure in Buffalo was a disaster. Chan Gailey’s head coaching tenure in Dallas wasn’t actually that bad. Gailey only served as head coach of the Cowboys for two seasons and actually had a winning record with the team as well as two playoff appearances in two years. That kind of performance would be good enough for most teams to give the head coach a third year, but expectations were different in Dallas in the 90’s. You were actually expected to win playoff games as the Cowboys head coach and if you didn’t get the job done…..BUH-BYE! That was ultimately Gailey’s undoing as head coach of the Cowboys. 0-2 in the post-season in two years was enough to convince Dallas that they needed to move on in a different direction. 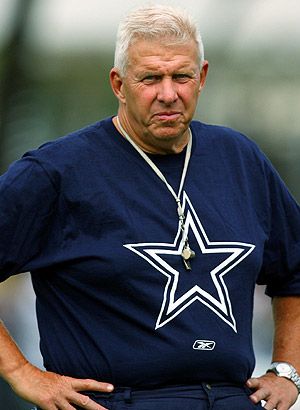 Bill Parcells is one of the greatest NFL coaches of all-time. However, by the time he arrived in Dallas in 2003, he was in coast mode and his time as an elite NFL head coach had passed. Cowboys fans were hopeful though that Parcells would catch some of the lightning he had as head coach of the New York Giants in the 80’s, but the 80’s were a different time and the game of football changes all the time. If you don’t change with it, you’ll get left behind and that pretty much sums up Parcells’ time in the Big D. His best season as head coach of the Cowboys was his first season when the team went 10-6, but they regressed after that and he went 0-2 in the post-season before Parcells called it a career. It should’ve been better Cowboys fans, but it wasn’t.

Wade Phillips gets a bad rap from Cowboys fans and I’m here to defend him. Phillips spent four seasons as head coach of the Cowboys and I think he did a damn fine job myself. The son of Bum had 3 winning seasons as head coach of the Cowboys before the ship started to sink in his final year. Not only that, but Phillips also got a playoff win for the team that ended their 12-year playoff drought. NOT TOO SHABBY RIGHT? Now, Phillips was fired in his fourth year after the team got off to a 1-7 start and may have gotten an unfair shake as he never got the chance to see if he can turn it around. That’s because Dallas had their “next head-coach-in-training” waiting in the shadows. Poor Wade. The guy was a good head coach in the regular season but he just couldn’t win in the post-season as a head coach. 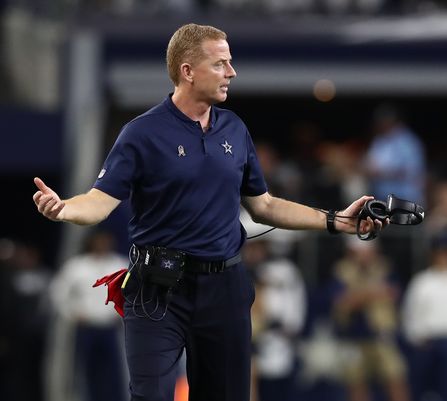 Jason Garrett is the second-longest tenured head coach in Dallas Cowboys history. He’s been with the Cowboys for going on 10 years now and he hasn’t won anything meaningful. Sure, he has 3 division titles and a “Coach of the Year” award but that’s all he has to show for his time so far in Dallas. Expectations have gone down in Dallas because most coaches would have been fired after a coaching stint that has lasted this long with nothing to show, but Garrett has done just enough to weather the storm. He’s had some really good regular seasons, especially in recent years. There were rumors before this season started that Garrett could potentially get shown the door by Dallas, and he went out and lead the team to a 10-6 record which included a playoff win over the Seahawks. There are still questions regarding his future in Dallas, but honestly when you look at his overall stint…..it hasn’t been as bad as some would make you think it’s been. 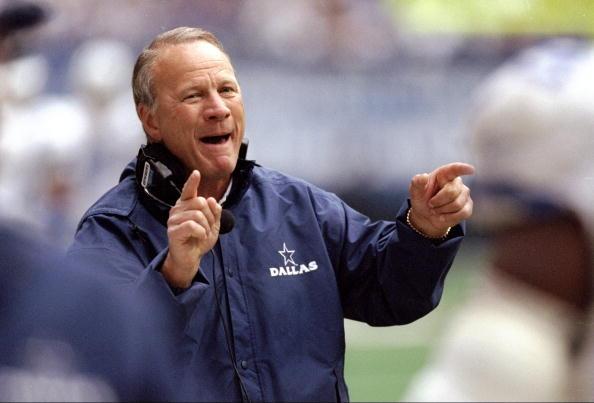 Barry Switzer was the long-time successful head coach of the Oklahoma Sooners who the Cowboys named as the successor to Jimmy Johnson after he departed Dallas. Switzer had never been a coach in the NFL and had actually been out of the coaching game for six years when the Cowboys came calling. In four years with the Cowboys, Switzer’s teams saw a lot of success. In his first year alone, the team went 12-4 and made it all the way to the NFC Championship before losing to the 49ers. The next year was even better as Dallas went 12-4 and won the Super Bowl. This was the peak of Switzer’s NFL coaching career. After this, his teams started to regress and following an arrest for trying to bring a gun onto a plane and a disappointing 6-10 season in 1997….Switzer walked away from coaching forever. The guy was controversial, that’s for sure, but he got results wherever he went and that has to count for something.

The Cowboys were in disarray when they hired Jimmy Johnson in 1989. The team hadn’t won a playoff game in seven years and were on a streak of three straight losing seasons. The team went outside the box and hired Johnson who was having a lot of success as the head coach at the University of Miami. At first, it looked like a bad hire. In Johnson first’ season, the team went 1-15 and were absolute hot garbage. They showed a little more promise the following season when they went 7-9 and really started to get people excited in 1991 when they went 11-5 and won a playoff game. And then it happened. BOOM GOES THE DYNAMITE Y’ALL! Two straight dominant seasons in which the Cowboys were the obvious best team in the NFL which resulted in two straight Super Bowl trophies. It was starting to look like the Dallas Cowboys had a sure-fire dynasty on their hands. And then owner Jerry Jones went ahead and pissed Jimmy Johnson off following the team’s win in Super Bowl XXVIII and that was all she wrote for Johnson’s stint in Dallas. The two had differences that couldn’t be resolved and decided to part ways in what was a dumb move by both parties in hindsight.