What are the most important positions on a football team?

If you said “quarterback” and “head coach”, go ahead and give yourselves a cookie!

No other positions on a football team are more important than those two positions. If you have a legend at either position, your team is likely seeing a lot of success on the football field.

Just look at the New England Patriots. They have a guy named Bill Belichick as their head coach and he’s the best the business has ever seen and that’s why the Patriots are the greatest football dynasty we’ve ever seen.

So, how good has your football team been at hiring head coaches? It’s no secret that some teams are much better than other teams at this feat and so it’s time to devote some serious time and money into figuring out the best head coaches of every NFL team during the Super Bowl era.

This will be fun trust me.

First up? A team that has a REAL hard time finding a head coach who can coach the team for multiple seasons…..

Let’s Rank All Of The Atlanta Falcons Head Coaches

Marion Campbell was such a horrendous head coach during his first stint with the Atlanta Falcons from 1974-1976 (he went 6-19 during this time), that the team decided to bring him back for another run almost a decade later. That run also ended on a sour note when Campbell went 11-32 in 43 games. Why the Falcons decided to bring Campbell back into the fold is anyone’s guess (he had an extremely mediocre run with the Philadelphia Eagles between these stints as well), but one thing we know for sure is….he’s hands down the worst coach Atlanta has had in its Super Bowl era with all due respect to Norb Hecker (who isn’t ranked on this list due to cutoff reasons). 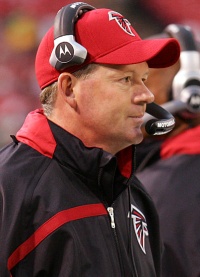 This one brings back bad memories for Falcons fans. After four years of success having turned around the Louisville football program, Petrino shocked everyone when he announced he was jumping to the NFL and was the new head coach of the Atlanta Falcons. Well, that lasted 13 games. Petrino originally signed up to coach the Falcons because they had Michael Vick on the roster. Well, Vick ended up apart of a horrible dog-fighting scandal which put a hold on his NFL career and left Petrino with a bunch of back-up QB’s. I’m not saying this is the reason Petrino abruptly quit in the middle of the season and announced he was heading back to the college ranks in a move that shocked literally everyone, but it definitely played a part.

Pat Peppler was never supposed to be the head coach of the Atlanta Falcons. He was hired as the general manager of the Falcons in 1975 and after firing head coach Marion Campbell in the middle of the 1976 season, Peppler said “fuck it” and coached the team himself. This needs to happen more in sports. 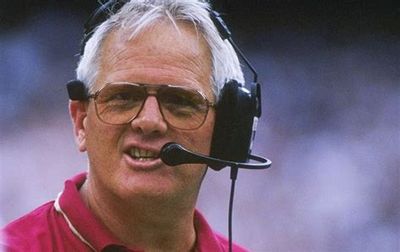 Dan Henning’s tenure in Atlanta was the definition of “meh”. Henning took over an Atlanta team that made the playoffs the previous year and showed a little bit of promise with a 7-9 season. And then it went off the rails. Two 4-12 seasons followed by another mediocre 7-8-1 season just wasn’t good enough to get the job done. The good news for Henning is, even though he was an awful NFL head coach, the guy was a good enough coordinator that he ended up working in the NFL up until 2010. Not a bad run if you ask me all things considered. 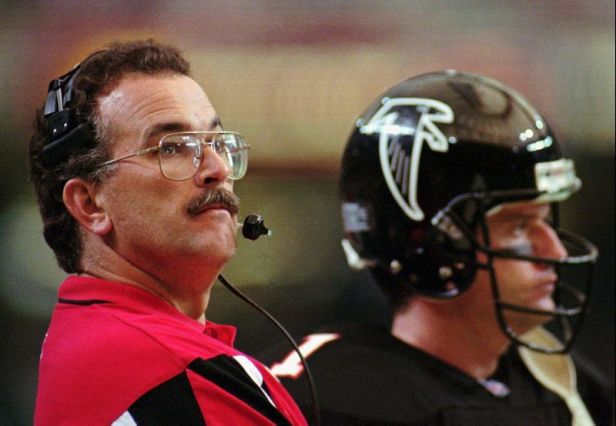 In 1993 the Falcons went 6-10 and fired Jerry Glanville. They went ahead and promoted offensive coordinator June Jones to the job and let’s just say, we’ve seen this story before. Everyone loves when an NFL team promotes from within, but history tells you that doesn’t usually work. If you don’t believe me, just go look at the stats. June Jones is a perfect example of that. Jones took over the team and went 7-9 in his first season, but bounced back with a 9-7 season and a playoff appearance the following year. Just when it looked like the Falcons were building something, it all came crashing down as the team went 3-13 the following year and Jones was sent packing and his NFL coaching career was pretty much over. 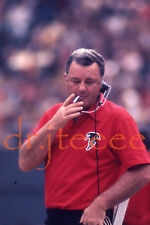 I wasn’t alive during the Norm Van Brocklin/Atlanta Falcons heyday. However, as you can see from the picture above, the guy used to choke down cigarettes while coaching NFL games on the sidelines. I’m horribly afraid I’m criminally underrating him here and perhaps I should shoot him up to #1 just based on that alone?

Jerry Glanville was quite the character. The guy had a vibrant personality, liked to wear all black clothes and even left tickets to every single football game he coached at will-call for Elvis Presley. Unfortunately for Glanville, his personality was awesome, but his coaching resume is just mediocre. In four seasons with the Falcons, Glanville only has one winning season (1991) but the team did win a playoff game that year before being bounced by the eventual Super Bowl champs Washington Redskins. Glanville was a fun guy, but fun guys rarely end up winning huge in the NFL. 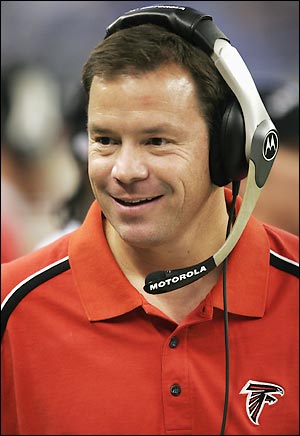 Jim Mora Jr. came into Atlanta and made an immediate impact. In his first-year as head coach of the Falcons, the team went 11-5, won the NFC South, and made it all the way to the NFC Championship game before losing to the Philadelphia Eagles. Yes, the season ended on a sour note, but it was pretty obvious that the Falcons had found their long-term answer at the head coaching position in Mora. Welllllllllllllll, the honeymoon didn’t last long. After two mediocre and disappointing seasons, Mora was fired by the Falcons after making a joke about wanting to become the head coach at the University of Washington. Mora came into Atlanta with a bang, and left with a thud. He is no longer coaching. 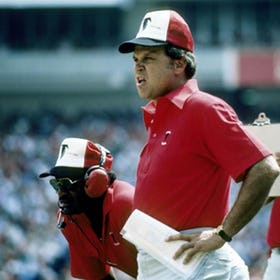 The Leeman Bennett/Atlanta Falcons era was well before my time, but from all accounts, this guy was a damn good head football coach. He spent six seasons in Atlanta, earned 3 playoff berths (where he went 1-3), won the “Coach of the Year” award twice, and also won the team’s first division title. You also can’t knock a guy who finishes his coaching stint with a winning record. Let’s just not talk about his stint in Tampa Bay that followed this one…..

I admittedly wasn’t a big fan of the Dan Quinn hire when the Falcons made it back in 2015. I was wrong. Quinn has turned into a very effective head coach for the Falcons. After an 8-8 season his first year with the team, Quinn and the Falcons made it to the franchise’s second ever Super Bowl appearance when they lost to the New England Patriots in Super Bowl LI in 2016. Most teams suffer from a Super Bowl hangover the following year, but the Falcons actually went 10-6 and made the playoffs again before being bounced in the divisional round. This last season was Quinn’s worst one yet in Atlanta, but I’m willing to bet this team bounces back next year and I’m also willing to bet Quinn would finish higher on this list if I re-ranked it in a few years.

[SEE BELOW FOR SYNOPSIS]

This came down to two men. Dan Reeves or Mike Smith? Both guys are the longest tenured head coaches in Atlanta Falcons history. Both guys coached the team for seven seasons. Dan Reeves gets points over Smith because he had success in the playoffs. In his second-year with the team, Reeves got the franchise to its first ever Super Bowl appearance (where they lost to the Denver Broncos), but that was the peak of his coaching career in Atlanta. From then on, he didn’t give us a whole lot to talk about. Mike Smith on the other hand might be criminally underrated. Yes, the guy stunk it up in the playoffs when it mattered (he went 1-4 in the post-season), but he’s the winningest coach in Falcons history, he won the NFL “Coach of the Year” award in 2008 and his four post-season appearances with the Falcons are the most under any head coach in franchise history. Mike Smith is your best head coach of all-time Falcons fans. Good lord.