The college football season is pretty much over. Most coaches right now are fully entrenched in what the future holds for the program they are in charge of and they’ve moved on from this season.

Oh no. We still have one major thing left to do before we can grab a shovel and shove some dirt on this college football season.

What is that exactly?

We have to go back and make fun of every single prediction I made a few months ago. I pride myself on my football predictions. I’m also a big believer in wearing your predictions proudly regardless of how they turned out, which is why you should always go back and re-live them. That’s exactly what we’re doing here.

With over 115+ college football programs in the FBS, it can become a bit of a chore to predict how every team will do, but that’s why I get paid the big bucks by the editor here at OoopsIFarted.com!

So without further adieu, here we are. A look back at how my predictions panned out for the 2018 college football season……

(A quick reminder that I give myself a 2-game buffer in my predictions. If my prediction comes within 2 games of how the team finishes, I consider that a successful prediction.  It’s the little victories that mean a lot guys…..) 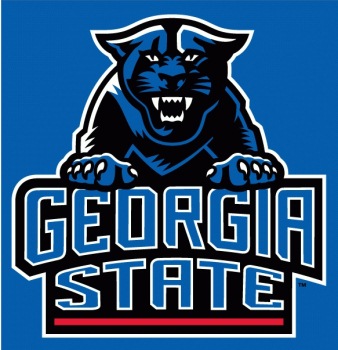 Record: 3-9
Predicted Record: 5-7
Bowl Game: No bowl game
Predicted Bowl Game: No bowl game
Nailed It or Failed It?: NAILED IT! I thought South Alabama would be a little better than they were this season, but I was wrong. Don’t be fooled by the Jaguars 3-wins because when you break it all down with a microscope, this team was dreadful this season and were lucky to walk away with any wins at all.

Record: 5-7
Predicted Record: 3-9
Bowl Game: No bowl game
Predicted Bowl Game: No bowl game
Nailed It or Failed It?: NAILED IT! I had Coastal Carolina as a three-win team and they looked like they were going to hit the over on that one rather easily once the season started. Coastal Carolina started out 3-1 with their only loss to South Carolina and they looked like a respectable football team. And then the wheels fell off. The Chanticleers finished the season going 2-6 and missed out on going to a bowl for the program’s first time.

Record: 6-6
Predicted Record: 5-7
Bowl Game: No bowl game
Predicted Bowl Game: No bowl game
Nailed It or Failed It?: NAILED IT! ULM was going to be a middle-of-the-road Sun Belt team. The Warhawks were returning 9 starters on offense and 8 starters on defense and were a team that had experience. After going 4-8 last year, I expected this team to flirt with a bowl bid this year, but just miss out when it was all said and done. You know what happened to the Warhawks this season? They flirted with a bowl bid and just missed out.

Record: 7-6
Predicted Record: 6-6
Bowl Game: Cure Bowl vs. Tulane
Predicted Bowl Game: Camellia Bowl vs. Ohio
Nailed It or Failed It?: NAILED IT! I predicted the Ragin’ Cajuns would go 6-6 this season. They actually went 7-5 in the regular season and managed to make the Sun Belt Conference championship game against App State. This was a solid first season for head coach Billy Napier and they need to build on this momentum going forward.

Record: 8-4
Predicted Record: 10-2
Bowl Game: Arizona Bowl vs. Nevada
Predicted Bowl Game: Arizona Bowl vs. San Diego State
Nailed It or Failed It?: NAILED IT! Yes, I expected Arkansas State to be better than they were this year. I’m not sure why exactly, but I had the Red Wolves pegged as a potential double-digit win team this season. Even though they finished a very respectable 8-4, this year had to be considered a disappointment considering they missed out on the Sun Belt Championship game and were pretty much an afterthought in the conference. Blake Anderson’s name didn’t even come up in any of the head coaching searches which goes to show you what everyone thinks of his stock right now. 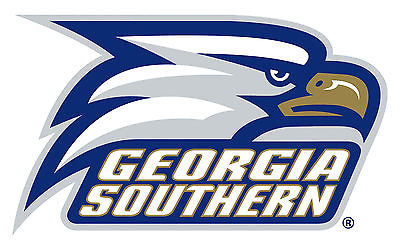 Record: 9-3
Predicted Record: 3-9
Bowl Game: Camellia Bowl vs. Eastern Michigan
Predicted Bowl Game: No bowl game
Nailed It or Failed It?: FAILED IT! Ooooohhhhh boy. Did I shit the bed on this prediction or what? I thought Georgia State would be a dumpster fire. This is a team that went 2-10 last year and there were a lot of games where they didn’t even look competitive. This was a tremendous coaching job by Chad Lunsford this season. Georgia Southern had a +7 win differential and have a chance to earn the program’s second bowl win when they face Eastern Michigan in the Camellia Bowl. What do they have in store for an encore?

Record: 9-3
Predicted Record: 7-5
Bowl Game: Dollar General vs. Buffalo
Predicted Bowl Game: New Orleans Bowl vs. Middle Tennessee
Nailed It or Failed It?: NAILED IT! I love me some Neal Brown. Brown has done a tremendous job turning around the Troy program. During his tenure, Brown is 34-16 as Troy head coach and if you look at the effect a coach had on it’s program, Brown is one of the best in the country every season. It’s almost a shame that he hasn’t gotten a better job offer yet, but as long as he’s around, Troy will be a threat in the Sun Belt just as they were once again this season.

Record: 10-2
Predicted Record: 10-2
Bowl Game: New Orleans Bowl vs. Middle Tennessee
Predicted Bowl Game: Dollar General Bowl vs. Northern Illinois
Nailed It or Failed It?: NAILED IT! I got this prediction 100% correct because anyone who knows college football knows that Scott Satterfield is going to have his boys ready to play. Since joining the Sun Belt conference a few years back, the Mountaineers have gone on to make it their conference. Every year they come out and pound on the competition and this year was no different. It’s going to be interesting to see what happens to this program going forward though. Satterfield is leaving and is taking the head coaching gig at Louisville. What will App State do next? Will the next guy in charge keep the momentum going or will this program fall back down to Earth? It’s scary times for fans of the Mountaineers……