Welcome to the College Football Grab Bag for week one. This is a weekly column (SORT OF) where I take a look back at all the important action that went down in college football this past weekend. A lot of teams played and it’s hard for the average person to keep track of what happened.

I’m not the average person folks. You know what the difference between ordinary and extraordinary is? It’s that little bit extra and that’s what this column is all about.

Most Impressive Teams Of The Week

Auburn: I had the Washington Huskies as a playoff team in my pre-season picks so Auburn getting the win over them is pretty damn impressive. This was a big win for Gus Malzahn and his Auburn team as it gives them a leg up in the College Football Playoff rankings. When you’re in the same conference as Alabama and Georgia, you can’t afford to slip up and Auburn avoided a huge slip-up this weekend with a major win over the PAC-12’s best team.

Alabama: Is Louisville any good now that Lamar Jackson is gone? No one knows. And unfortunately we still don’t know because Alabama is such a world-beater that you can’t really judge a team by how they perform against those guys. Good lord Nick Saban. Every year all these guys do is re-load and come out and kick ass again. That’s why Saban is the greatest college football coach of all-time, even if he is a bit of a jerk….

Nick Saban responded critically to a question about his QBs after Alabama's win. pic.twitter.com/sZCvIox2Dq

Ole Miss: I had Ole Miss as a 6-6 team this season and I figured they would go to Houston and lose the opening game against Texas Tech. It’s not that I think Texas Tech is a good team or anything, I just wasn’t sure how to feel about Ole Miss this year following all the crap that has surrounded the program recently. They were a surprise 6-6 team last season and they look like they can surprise people once again this year. Plus, there’s THIS…..

Notre Dame: I had the Fighting Irish as an 8-4 team this season, but after watching their win over Michigan, they have become a dark horse playoff team. Their schedule is extremely winnable the rest of the way. Their hardest games are going to be Stanford, Virginia Tech, Northwestern, Florida State, and USC. They get Stanford & FSU at home and should win those games. VA Tech, USC, and Northwestern are far from world-beaters and those are all winnable games as well. Don’t look now, but we might be looking at another season where Notre Dame sneaks into the playoffs and ends up getting absolutely mauled by Georgia or Alabama.

Maryland: It hasn’t been a good off-season for the Maryland program. They had a tragic death this off-season following some piss poor choices by the coaching staff and everything blew up in their face. Head coach D.J. Durkin is suspended and no one knows if he’s going to be back. At this point though, does anyone really care following Maryland’s huge win over Texas? Maryland’s interim head coach Matt Canada is awesome. When he left LSU this past season, I was secretly hoping that he would end up on the coaching staff of my favorite team even though I knew it would be a long shot. Instead, he ended up as Maryland’s interim head coach and following this win over the Longhorns, Maryland should just go ahead and fire Durkin and give Canada the job. He’s a great offensive mind and he doesn’t have a body count under his belt. Do the right thing Maryland.

Northwestern: Northwestern is a good football team. So is Purdue. The average college football fan may not have been aware of this when they were watching Northwestern vs. Purdue, but they were watching a football game featuring two of the most underrated coaches in college football. Pat Fitzgerald has done a tremendous job at Northwestern and now that the school has fully committed to football with their AMAZING practice facility, this is a team that’s only going to get better the next few seasons. The Wildcats have a tough schedule ahead the rest of the way, but the BIG 10 West is wide-open outside of Wisconsin. Keep an eye on these guys, not just now…but in the future as well: 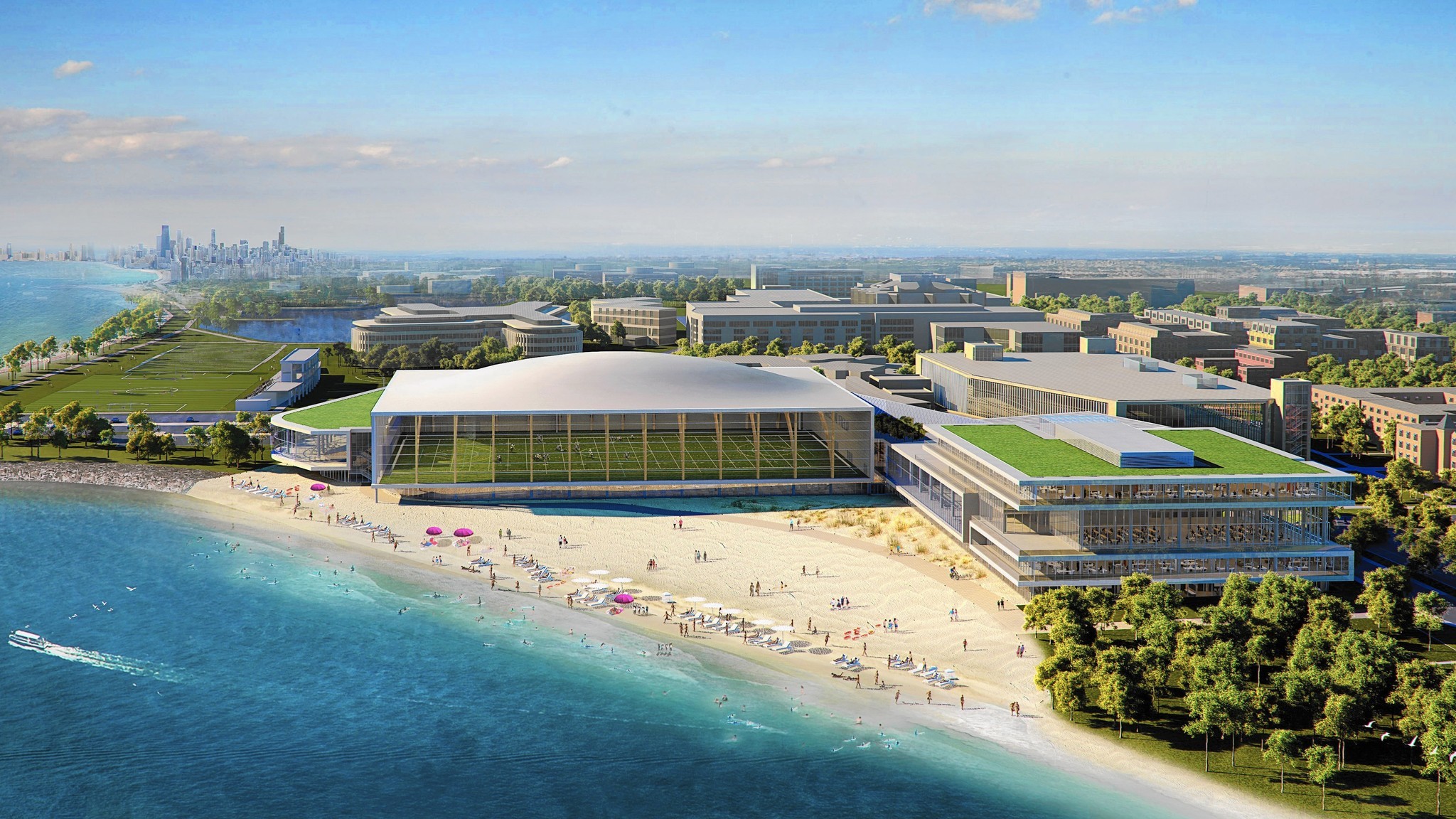 There aren’t a whole lot of people who can beat Oregon in the facilities game, but that likely does it right there.

Most Disappointing Teams Of The Week:

Louisville: With Lamar Jackson in the NFL now, no one really knew what to expect from Louisville heading into the Alabama game. The one thing Louisville fans were hoping for though was to keep the game competitive. And yes, the game was competitive. For about ten minutes. The good news for Louisville fans is, we will always have this…..

Louisville's Oline is confident going up against Bama's defensive front

Lukayus McNeil: "I think we're capable of starting off fast and dominating their D-line."

Mekhi Becton: "I think we stack up real well…We can show you better than we can tell you." #L1C4 #RollTide @WLKY pic.twitter.com/78Y3gesG6p

Texas Tech: Kliff Kingsbury sucks as a head coach. The guy is 30-33 overall in six seasons in Lubbock and has done nothing to show us that he’s capable of leading the Red Raiders to anything above mediocrity. Texas Tech continues to be garbage on defense and this is a team that has 10 returning starters on that side of the ball. I had Texas Tech as a 7-5 team this year but that included a win over an Ole Miss team that I wasn’t that high on. Watch this team the next few weeks guys. There’s a real good chance Kingsbury doesn’t survive the bye week when the Red Raiders are sitting at 1-4 on the season.

Michigan: Jim Harbaugh continues to be the most overrated coach in college football. Yeah, I said it. How many conference titles does Harbaugh have under his belt in eight years as a college football coach? ZERO! Michigan is 9-9 in the last 18 games under Harbaugh and are 0-17 against AP ranked opponents. Harbaugh is an offensive coach who isn’t very good at coaching offense. He gets credited for turning Stanford around when he had arguably the greatest QB prospect we’ve seen in years in Andrew Luck on his squad. Do you guys get what I’m saying yet? Harbaugh is fool’s gold. Everyone is in love with the guy even though he is the perfect example of “right place, right time”. Enjoy him though Michigan fans. I’m sure you’ll continue to tell me how great he is even though there is nothing to support your argument.

Texas: All we’ve heard from Texas fans since the hire of Tom Herman is “TEXAS IS BACK”! We are at the start of year two of the Herman experiment and he’s sitting at 7-7 as the head coach and just lost to a Maryland team who is coming off an off-season of tragedy and turmoil. This was a horrible loss for Herman and the Horns. I’m still waiting for Herman’s big win as Texas coach. Everyone just goes up-in-arms over the guy and I don’t get it. What the hell has he done to warrant the kind of love he gets from people?

Arizona: The Kevin Sumlin-era in Tucson has started with a thud. Let’s make no mistake about this guys. BYU isn’t a very good football team. I had Arizona pegged as my favorite to come out of the PAC-12 South and face off for the PAC-12 title. That’s how high I was on the combination of Sumlin with QB Khalil Tate. Well, needless to say, I’m a little more than worried after what I saw in week one. I’m not quite jumping off the Arizona bandwagon quite yet, but I have one foot off and the other one is dragging.

UCLA: We all knew it was going to a rough year for Chip Kelly in Los Angeles. I personally had the Bruins as a 3-9 team this year and I had Cincinnati as one of those wins. You don’t have to be a genius to figure out where I’m going from here. UCLA has a real good chance at finishing 2-10 or even GULP….worse. Just look at the Bruins schedule. Cincinnati was arguably the easiest game on the schedule and they just blew it. Sometimes, people make stupid decisions in life. LaMarcus Aldridge made a stupid decision when he left the Portland Trail Blazers to go win a title in San Antonio. Look what’s happened there ever since he joined the team. Chip Kelly has gone extremely downhill ever since leaving Oregon. Basically what I’m trying to say is….don’t screw over my favorite sports teams. You will end up paying for it in the end (LOOKING AT YOU WILLIE TAGGART)!

Kansas: Kansas head coach David Beaty was 3-33 in 3 seasons heading into the Jayhawks opener against FCS opponent Nicholls State. Kansas has nine returning starters on offense and ten returning starters on defense. Any other college football team would arguably be a playoff contender with numbers like those. Kansas though? They come out and LOSE to Nicholls State in their opener to push Beaty to a 3-34 overall record. The even worse news? This was the easiest game on Kansas’ schedule. Why the hell don’t the Jayhawks go find whatever hole Les Miles is hiding in and offer him whatever he wants to coach this team? This is just embarrassing.

(These guys earned the highest grades for this week according to ProFootballFocus.com)

Games To Watch For Next Week:

(My top 25 college football teams. No arguments had. This is the list.)