Nailed It or Failed It?: NAILED IT! Few things in life are guaranteed, but one thing is seemingly always guaranteed. Kansas football is going to blow monkey nuts. The Jayhawks haven’t been to a bowl game in almost ten years. In the last five years alone, they’ve gone 9-51!!! NINE AND FUCKING FIFTY ONE GUYS!!!!! I wasn’t expecting much from Kansas this season, but I was expecting three wins and somehow they managed to be worse than that. This team is a dumpster fire with no fire hydrants in sight to put the fire out anytime soon.

Nailed It or Failed It?: FAILED IT! I crapped the bed on this one. What’s happened to the once mighty Baylor program the last few years is something made for a really bad movie starring Matthew McConaughey as Art Briles. Baylor went out last off-season and hired Temple’s head coach Matt Rhule to help the ease the pain of all the scandalous crap going on with the University’s football team. Some people expected Baylor to dip this season. Coming off a 7-6 season, there wasn’t a lot of reason to be excited for this season and for some reason I was expecting Rhule to make chicken salad out of chicken shit. Unfortunately for Baylor, he wasn’t able to do much this season as the team hit rock-bottom and bottomed out with a 1-11 record with their only win over lowly Kansas. The bad news is, I’m not sure it’s going to get any better. The good news is, it can’t get much worse than it did this year.

Nailed It or Failed It?: NAILED IT! Texas Tech is a middle-of-the-road program. Kliff Kingsbury is a below-average coach. The team loves Kingsbury because he used to be the QB of the team, but they need to cut ties with the guy. In five seasons in Lubbock, Kingsbury only has two winning seasons, one bowl win, and a whole bunch of disappointment. Watch for the Red Raiders to go 5-7 or worse next season.

Nailed It or Failed It?: FAILED IT! I have a lot of hope that Tom Herman is going to get Texas back to where it once was. Apparently I had a little TOO much hope this season. Texas was a decent team this year, but they have still failed to jump back into respectability. This just goes to show everyone how hard it is to win in college football once your program starts to sink a little. It’s been almost ten years since the Longhorns have had a dog in the National Championship race. If Tom Herman can’t get Texas back up….who can? NEXT YEAR IS THE YEAR GUYS!!!! I’M TELLING YOU!

Nailed It or Failed It?: FAILED IT! Iowa State was a MUCH better team this season than I thought they would be. Head coach Matt Campbell has done a hell of a job in just two seasons in Ames and he appears to be in for the long haul. That’s great news for Iowa State fans because this football team is much better as long as Matt Campbell is running things. When’s the last time people saw Iowa State on their schedule and got a little hot under the collar? It’s been awhile folks. These guys need to build on this momentum and come out even better next season. Is it possible that Iowa State could flirt with a playoff spot in the future? That’s asking a lot, but it wouldn’t surprise me if it happened.

Nailed It or Failed It?: NAILED IT! Kansas State is a good team, not a great team. While they have flirted with being a top college football program in the past, these guys just don’t have the dogs to compete with the top teams in college football. That’s not a knock on the Wildcats, it’s just the truth. As long as Bill Snyder is here, just go ahead and throw out a prediction that falls somewhere from 6-9 wins and you’ll hit it on the head. That’s the exact definition of a good, not great football program.

Nailed It or Failed It?: NAILED IT! West Virginia was a tough team to predict this year. Last year they had an impressive 10-3 season and were quietly one of the most exciting teams to watch in college football. This year, they were only returning 8 total starters on both sides of the ball and I had absolutely no idea what to expect from them. I figured they wouldn’t be near as good as they were last season, but I also thought they still had the chance to flirt with a bowl game and that’s exactly what happened. One of these days the Mountaineers are going to figure out how to beat those Oklahoma teams and they’ll be the top dogs in the BIG 12. Probably not next season, but definitely one of these days. 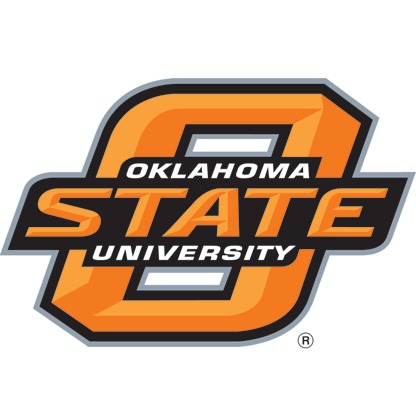 Nailed It or Failed It?: NAILED IT! If you are a regular reader of the blog, you know how much I love me some of TCU’s head coach Gary Patterson. Back when the Oregon Ducks fired Mark Helfrich, I wanted the Ducks to go grab Patterson from TCU, but I knew it was going to be a tough sell. Patterson has been at TCU for 17 years now and has a damn statue of himself in front of the stadium. Someone who has a statue of themselves to look at everyday isn’t going anywhere guys and TCU is much better for it. Patterson is one of the best coaches in college football and once again he had the TCU Horned Frogs flirting with a potential playoff spot this year. TCU is a very “hot & cold” program. One year they’ll come up and look like one of the best teams in the sport and the next year they’ll come out and look completely mediocre. This was one of those good seasons for the Frogs. Next year? Well….we will wait and see.

Nailed It or Failed It?: NAILED IT! Well, kind of. I was high on Oklahoma coming into the season. And then head coach Bob Stoops abruptly retired and I didn’t know what to think of the team. Stoops’ retirement came at a horrible time for the team and new head coach Lincoln Riley was given the keys to a really expensive car….but did he know how to drive it? Apparently he doesn’t only know how to drive it, but he might the Vin Diesel of college football. One year in and Riley already has his first BIG 12 title, his first CFP appearance, a 12-1 record, and HE MIGHT WIN THE NATIONAL CHAMPIONSHIP IN YEAR ONE! If that happens, Oklahoma fans are going to be insufferable and for good reason. The future is bright in Norman.