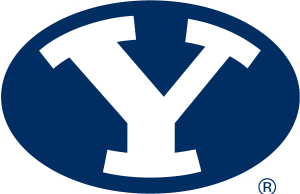 Nailed It or Failed It?: FAILED IT! This was ugly man. What happened to the BYU Cougars this season? They went from a respectable team to arguably one of the worst in the FBS this year. I’m not exactly sure what went down, but it’s panic time in Provo, Utah now. Last year, new head coach Kalani Sitake did a fantastic job. He came in as an “under the radar” hire and went ahead and had a solid first-year as head coach finishing with a 9-4 record and a bowl win over Wyoming. Expectations were up for this season. I figured BYU would be a double-digit win team since they were returning 13 total starters from last year’s team and had a lot of momentum. Whoops. Things got ugly real quick as BYU got off to a 1-7 start and never caught up. You don’t need to be a genius to know that this kind of stuff isn’t going to fly at a program like BYU. Sitake had better get it turned around next season or he’ll enter the coaching carousel looking for a new job. 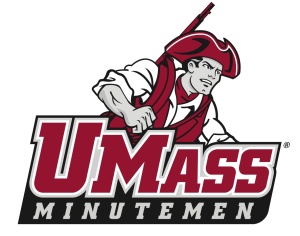 Nailed It or Failed It?: NAILED IT! No offense to the wonderful people over at UMass, but their program is a dumpster fire. They have yet to win more than four games since joining the FBS. They haven’t played in a bowl game since 1972 when they beat UC DAVIS in the BOARDWALK BOWL! This team was returning 6 starters on offense and 9 on defense and could still only manage four wins this year. It’s ugly. Head coach Mark Whipple sucks. The team sucks. The town they play in probably sucks. But hey…..at least the Minutemen logo is cool. That counts for something right?

Nailed It or Failed It?: NAILED IT! The Army program is the perfect example of how you build a team up. After years of misery, Army went out and hired head coach Jeff Monken and it’s been an outstanding move ever since. In his first year, the Knights went 4-8, but that was an improvement over the previous year. Unfortunately for Monken, the program went the other way in 2015 as they only managed two victories on the year. But a good coach gets a program turned around quickly guys. Since 2015, Army has gone 17-8 overall, earned their first bowl victory since 1985, have beat Navy two years in a row, and the arrow is pointing up. I can’t wait to see what happens next year with this team. Can they possibly reach double-digit victories?

Nailed It or Failed It?: NAILED IT! Last year’s 4-8 record was an odd thing to happen to a program like Notre Dame. In my opinion, head coach Brian Kelly is one of the better coaches in college football. After going 4-8 last year, there were rumors that the program might dismiss him, but that never happened. Good coaches can stop the bleeding before it ever gets truly bad and that’s what Kelly did. Notre Dame came out on fire to start the year. They went 8-1 in their first 9 games with their only loss a one-point loss to Georgia. That’s a pretty damn solid resume. Yes, they kind of fell apart in the final weeks of the season, but all-in-all….it was a good year for the Fighting Irish. Especially after what they went through last year.

And that’s it for the FBS INDEPENDENTS! Make sure you tune into THE USB later on this week as we start taking a look at my predictions in the POWER FIVE CONFERENCES!!!!!!