Nailed It or Failed It?: FAILED IT! Man, I really crapped the bed on that prediction but I’m pretty sure everyone else did as well. I’m not sure what happened with Tulsa this year, but it was ugly. This team went from a 10-win team to a 2-win team in the span of a year and they returned more than half of their starters from last year’s team. Things got really ugly this year for the Golden Hurricane and if the trend continues, Philip Montgomery will be out of a job real quick.

Nailed It or Failed It?: NAILED IT! UConn is a basketball school that kind of cares about football. When you’re a school like that, you should just go ahead and plan for a shitty football season much like UConn has had for as long as I can remember. The good news is, BASKETBALL SEASON IS HERE Y’ALL!

Nailed It or Failed It?: NAILED IT! 100% spot on. The Pirates have been one of the worst programs in college football over the last three years and there’s no hope on the horizon.

Nailed It or Failed It?: NAILED IT! Usually I’m pretty high on Cincinnati. The Bearcats are usually one of the most consistent teams in the AAC, but they were undergoing some changes this season. Tommy Tuberville is gone. Luke Fickell is here now and even though I’m a fan of Fickell’s and I think he’ll get this team turned around, I knew there were going to be some bumps in the road, and there were some big ones this season. The Bearcats only managed two conference wins this season and ended up finishing the year as one of the worst teams in the conference. They will be better next season. If they aren’t, I’d start to be extremely worried about the Fickell hiring working out.

Nailed It or Failed It?: FAILED IT! I really crapped the bed on this prediction. I should’ve given head coach Willie Fritz and the Green Wave a little more love than I did. Tulane returned 16 starters from last year’s team that managed 4 wins. They were going to be better this season and for some reason I was expecting a huge drop-off. My bad. Tulane was actually a decent team this year and they almost became bowl eligible for the first time in four years. Maybe next year will be even better?

Nailed It or Failed It?: NAILED IT! If you follow this blog, you’ll know that I’m a big fan of Navy head coach Ken Niumatalolo. That’s one of the reasons I predicted Navy to finish the season as an 8-win team even though they were only returning four starters on the offensive side of the ball. It was likely going to be a down year for Navy and it was. They barely finished bowl eligible . They lost to Army for the second-year in a row. And they finished the year 1-6 after an impressive 5-0 start. Navy is trending downwards and they need a victory over Virginia in the Military Bowl to get some momentum heading into next season.

Nailed It or Failed It?: NAILED IT! 100% spot on with Temple which I should brag about. Temple is a team that has finished with double-digit wins the previous two seasons. Head coach Matt Rhule took his talents to Baylor this past off-season, so a drop-off was expected. I figured Temple could still make a bowl and that’s exactly what happened. BOO YA! 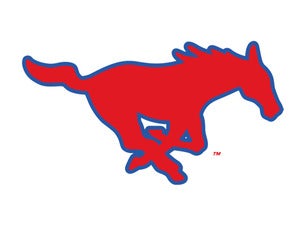 Nailed It or Failed It?: NAILED IT! It’s hard enough to predict how a team is going to finish a season. When you manage to predict how a team is going to finish, then you also predict the team’s bowl opponent….that’s a VICTORY! SMU hasn’t been to a bowl game in five years and I predicted they would finish 7-5 and make a bowl. It was such a good season for SMU that head coach Chad Morris went ahead and parlayed it into a job in the SEC as head coach of the Arkansas Razorbacks. It was a good year for SMU, but the program will likely take a step back next year.

Nailed It or Failed It?: NAILED IT! I was definitely a little higher on Houston than I should have been. I wasn’t a fan of the hiring of Major Applewhite, but I thought Tom Herman left the cupboard pretty full for the time being. I thought Houston might potentially contend for a conference title, but they went ahead and lost a game they shouldn’t have (vs. Tulsa) and that put an end to that scenario. The Cougars are still a decent team and I expect a good game when they go up against Fresno State in the Hawaii Bowl, but in the end Major Applewhite’s first season wasn’t the best.

Nailed It or Failed It?: NAILED IT! Well, I barely got that one right. Obviously I was a little higher on USF than I should’ve been. After going 11-2 last year and returning 16 total starters, first-year head coach Charlie Strong was put in a good opportunity and he took advantage of it. USF lost a close game to Houston and a close game to UCF and won every game they should’ve. There were some rumors that bigger schools might come knocking on Charlie Strong’s door, but from the looks of it all, he’s sticking around for awhile. USF is a program that has trended upwards the last few years, so we will see if Strong can keep the train rolling now that we are one-year removed from the Willie Taggart era.

Nailed It or Failed It?: NAILED IT! This one was pretty simple. Former head coach Justin Fuente built the Memphis program into a respectable program before leaving for the Virginia Tech job. Memphis has been pretty solid ever since. New head coach Mike Norvell stepped in and the team hasn’t missed a beat as this was another good year for the team. They won every game they were supposed to and might have even surpassed most people’s expectations with a ten-win season and a spot in the AAC championship game.

Nailed It or Failed It?: FAILED IT! Welp, I totally crapped the bed on this one. Honestly though, did anyone really see this one coming? Two short years ago, the UCF Golden Knights went 0-12 as their program had hit an all-time low. They went out and hired Oregon’s offensive coordinator Scott Frost and he quickly turned the program from an unwinnable one to an undefeated one. Frost did a wonderful job at UCF and the Knights are in the Peach Bowl where they will play a very good Auburn team. If UCF can pick up the win over Auburn, it will arguably be the biggest victory in the program’s short history (the 2013 Fiesta Bowl victory over Baylor is up there as well). The bad news for UCF is Frost is gone now. He’s headed home to his alma mater where he hopes to turn the Cornhuskers back into a respectable program. One thing is for sure. If he can get UCF into a New Year’s Bowl game….he shouldn’t have much problem doing the same back home.

And that’s it for the AAC! Make sure you tune in tomorrow as we take a look at how my predictions did in the FBS INDEPENDENTS!