Nailed It or Failed It?: NAILED IT! They were just as shitty as I thought they would be. They were actually probably the worst team in FBS this year, but that’s a story for another day.

Nailed It or Failed It?: FAILED IT! I’m not quite sure what happened to Rice this year, but the program definitely hit the iceberg and started sinking this season. If you’ve been paying attention to this team the last few years, it’s been expected though. This team has been trending downward with head coach David Bailiff. They went from a 10-win team in 2013 to eight wins, then five wins, then three wins, and now the bottom fell completely out this year as Rice managed only one win all-year long and sent Bailiff down the road. It’s a new era in Rice football. New head coach Mike Bloomgren has to get these guys back to respectability, which is a tough task for sure.

Nailed It or Failed It?: FAILED IT! I thought Charlotte would be better than they were this year. Silly me. After winning four games last year, I figured the 49ers would capitalize on that momentum and keep it going. Nope. They went the other way this year with their only victory of the season over a UAB team that is playing their first football season in three years. Horrible year for Charlotte and head coach Brad Lambert.

Nailed It or Failed It?: FAILED IT! I shit the bed on this one folks. I thought UTSA had the chance to flirt with double-digit wins this season and I was way off. The Roadrunners were still a good team, but they kind of under-achieved in my book. After finishing 6-7 last year and returning a ton of starters on both sides of the ball, I figured UTSA had the tools to compete for a conference title this season and potentially even make the program’s second straight bowl game. OOPS!

Nailed It or Failed It?: NAILED IT! If you’ve been paying close attention to the Louisiana Tech program the last few years, you would notice a trend. The last three seasons, the team has finished with nine wins. With that said, it was a safe bet for me to predict an eight-win season this year for the Bulldogs. They actually under-achieved for the first time under head coach Skip Holtz by barely becoming bowl eligible, but the important part is that they did it. I also managed to predict their bowl opponent correctly, which I’m going to go ahead and give myself a huge slap on the back for that one.

Nailed It or Failed It?: NAILED IT! Over the course of the past five seasons, the Blue Raiders have finished in the realm of 6-8 victories. It’s just what they do under head coach Rick Stockstill. If you want to make a safe bet on where this team is going to fall, just predict 7-wins and sit back and watch as they finish around that target once again. Will they ever improve and get over that hump? I doubt it. What they don’t want to do is trend backwards though. It’s OK to take on a little water, as long as the boat doesn’t sink all the way. That’s Middle Tennessee for you.

Nailed It or Failed It?: FAILED IT! Whoops. This one was all on me folks. Over the course of the last few years, Western Kentucky has blossomed into a bit of a powerhouse in the Conference USA. They got 12-wins in 2015 and followed that up with an 11-win season last year. Head coach Jeff Brohm ended up heading to Purdue and let me tell you guys what. Brohm has quietly become the hottest coaching candidate that no one is talking about. He was incredible while at WKU and after just one-year at Purdue, he has them as a bowl eligible team for the first time in forever. Brohm is an incredible coach and someone is going to realize that next season. WKU realizes that now that he’s gone and they went from a double-digit win team to a 6-win team and finishing towards the backend of the conference. It’s hard to recover from the loss of a good head coach, especially one like Brohm.

Nailed It or Failed It?: NAILED IT! It was just a few short years ago that the Marshall Thundering Herd were a “powerhouse” in the CUSA. By that, I mean they averaged double-digit wins over the course of three straight years and head coach Doc Holliday was beginning to make a name for himself. Then last year happened. The wheels completely fell off and the team went in the tank with a 3-9 season. When something like that happens, it takes time to build it back-up, especially a team like Marshall. I figured they would finish around the 6-7 win mark, which is exactly what happened.

Nailed It or Failed It?: FAILED IT! I shit the bed on this one, then again I’m thinking everyone else did as well. Who saw this one happening? I guess we should have known since FIU went out and hired Butch Davis. Laugh all you want, but Davis is a pretty good coach and when you put him at a school like FIU, it shouldn’t come as a real shock to see them have one of their best seasons in program history. This is going to be a fun team to watch the next few years. If Davis can keep the momentum going, will he bolt for a better job? All signs point to “yes”.

Nailed It or Failed It?: NAILED IT! 100% spot on…..except the bowl game of course but I don’t think the majority of you have any idea how hard it is to actually predict a bowl game in July. 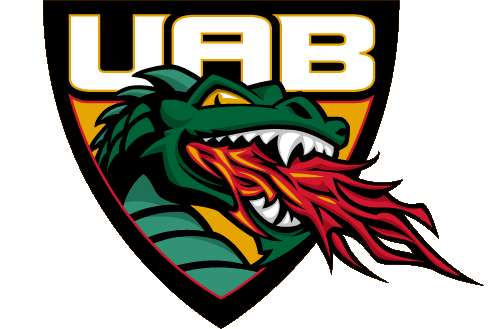 Nailed It or Failed It?: FAILED IT! Yikes. I have to tell you though. I’ve never been this happy to miss a prediction. These guys deserve everything they got this year. I’m not a fan of UAB football by any means, but I became a fan of the team when the school dumped football a few years back (and pissed everyone off in the process), and decided to bring the football program back this year. It was a horrible decision by the school to dump football and it left a bunch of good kids with no place to go. I’m glad to see UAB football back and I’m glad to see this team went 8-4 on the year with a 6-0 record at home.

Nailed It or Failed It?: FAILED IT! Welp. Way to make me look stupid North Texas. I go out and predict you guys to finish with a 2-10 record  and you guys respond with your best season in four years! Totally showed me up and you know what? I’m 100% fine with it. You do you Mean Green.

Nailed It or Failed It?: FAILED IT! Man, I need to learn to have more respect for my boy Lane Kiffin. I knew it wouldn’t take him long to turn FAU into a CUSA powerhouse….but ONE SEASON!?!?!?! ALL ABOARD THE LANE TRAIN GUYS!!!! FAU is going to get double-digit wins again next season and a bigger school is going to come calling to steal my boy Kiffin away. Will it happen or will Lane do the unimaginable and bring FAU to the COLLEGE FOOTBALL FUCKING PLAYOFFS????? DO IT LANE! DO IT!!!!

And that’s it for the CUSA! Make sure to tune into tomorrow as we take a look at how my predictions did in the MAC! ARE YOU READY FOR SOME MAC-TION??????????????