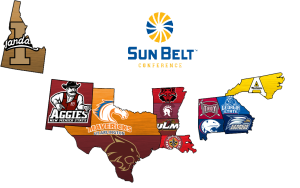 Nailed It or Failed It?: NAILED IT! They were just as shitty as I thought they would be.

Nailed It or Failed It?: FAILED IT! I whiffed pretty bad on this one. I thought Georgia Southern had it in them to win more conference games than they did this season. Whoops.

Nailed It or Failed It?: NAILED IT! They were just as shitty as I thought they would be. This was the team’s first year playing FBS football though, so let’s give them some time.

Nailed It or Failed It?: NAILED IT! I wasn’t very high on South Alabama this year, although some other people were. This was a bad year for the Jaguars overall. Head coach Joey Jones ended up resigning before the season was over and everything went off the hillside for the program. Someone needs to step up next season and return this team to bowl eligibility. Who will it be?

Nailed It or Failed It?: NAILED IT! I was two games off of my prediction. That’s my line. Deal with it.

Nailed It or Failed It?: NAILED IT! This team hasn’t been good since Duck Dynasty was doing massive television ratings. Do you notice a correlation there? 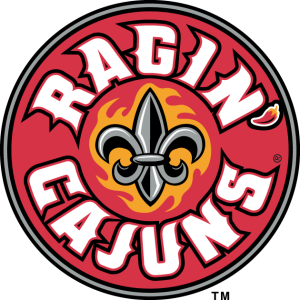 Nailed It or Failed It?: NAILED IT! Just barely though. New Mexico State was better than I thought they would be. The Aggies haven’t been to a bowl game since 1960 AND THEY MADE ONE THIS YEAR FOLKS! Head coach Doug Martin (not the running back currently playing in the NFL for the Tampa Bay Buccaneers) should be damn proud of himself and his team this year. Now just go out and win a bowl game to improve the program’s all-time bowl record to 3-0-1!

Nailed It or Failed It?: WE SHALL SEE! Georgia State had a game against a very good Memphis team cancelled this season, which would’ve made them 6-6 on the year. Now they get to go to the Cure Bowl and face Western Kentucky with a shot at finishing 7-5 on the year. Not bad for a team that went 3-9 last year and was going through a coaching change.

Nailed It or Failed It?: NAILED IT! Arkansas State is generally a team that finishes with around 7-9 wins, so take your swing at one of those and you won’t miss. They won 10 games in 2012, but that was under Gus Malzahn and was likely just a flash in the pan. The Red Wolves are a good program, but they aren’t great. That’s a 7-9 win team for you.

Nailed It or Failed It?: NAILED IT! This was kind of a down year for the App State Mountaineers, even though they won eight games. The last two years this program has achieved double-digit wins and head coach Scott Satterfield’s name was becoming a popular one amongst college football fans. This year though, they failed to win the conference and lost to a team they really had no business losing to (UMASS?). They can still go out on a high note with a win over Toledo in the bowl game, but that could be asking too much.

Nailed It or Failed It?: NAILED IT! Troy was arguably the best team in the Sun Belt Conference last season, so it doesn’t surprise me at all to see them do it again this year. This Troy team has been extremely underrated the last few years. Last year, they played Clemson to a tight 24-30 ball game. This year they capitalized on that by going to LSU and WINNING! Since when do Sun Belt teams go into LSU and win football games? That’s just unheard of. And how the hell is Troy coach Neal Brown not up for better jobs in the college football world? Troy has been outstanding the last few years and that trend will likely continue heading into next season.