Pittsburgh Steelers fans have been patiently sitting by waiting for me to get to their team.

A lot of people think you guys are fielding a Super Bowl team this season.

Do I agree with that assessment? 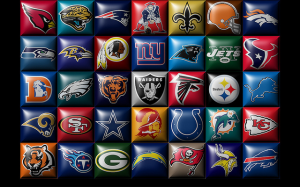 Three Things I Like About The Steelers This Season:

-Elite Offense: Looking at the Steelers offense on paper is enough to give NFL defensive coordinators a migrane. The amount of talent that the Steelers have put together on the offensive side of the ball is just god damn ridicoulous. First off, we all know about “Big” Ben Roethlisberger. “Big” Ben has been one of the most effective QB’s since entering the league and he’s not slowing down anytime soon. The Steelers are a Super Bowl favorite thanks to him alone. And don’t forget the guys that he has to spread the ball around to. Antonio Brown is arguably the best wide receiver in the league. You just can’t defend the guy. Martavis Bryant is back this year and he should end up being a huge addition once again. The Steelers also have Eli Rogers and rookie JuJu Smith to help out as well. That wide receiver core is just outright stupid. As for the offensive line? There are no weaknesses here either people. If your team’s plan is to put pressure on Roethlisberger, you’ll likely find that task more difficult than you thought. Pittsburgh has a really good offensive line on paper. And guys, we didn’t even talk about Le’Veon Bell. Yes, he’s currently holding out…but he’s going to be back. And in my opinion, he’s the best running back in the NFL. I absolutely love his running style and if I were the Steelers, I would pay this man and get him back on the field immediately. Good luck to anyone who thinks they will be shutting this Steelers offense down. It’s the most talented group in the NFL.

-Mike Tomlin: Is it just me or does Mike Tomlin not get enough respect from NFL fans? The guy is 103-57 all-time as a head coach. He has a winning record in the playoffs and also has a Super Bowl title under his belt. He is one of the NFL’s best head coaches and yet he seems to never get mentioned when you discuss the best coaches in the game today. I love me some Mike Tomlin personally. It wouldn’t shock me AT ALL to see him add another Super Bowl title to his resume sometime soon.

-The Schedule: Looking at Pittsburgh’s schedule….it doesn’t look that difficult. I wouldn’t be surprised to see the Steelers end up going 5-0 before they hit a really tough road game against Kansas City in week six. If the Steelers take out the Chiefs, I believe there’s a strong possibility that they go 8-0 into their bye week. After that, they have some tough home games against the Titans, the Packers, and the Patriots. They also have to go on the road to Cincinnati in week thirteen and Houston in week sixteen. Overall, I don’t think the schedule is that difficult this season for Pittsburgh. I honestly think they could finish anywhere from 14-2 to 12-4. Anything less than that would be a major disappointment this year.

Three Things I Hate About The Steelers This Season:

-Defensive Weaknesses: Overall, Pittsburgh has one of the best rosters in the NFL. Every NFL team has a weakness though. It’s just what happens. Pittsburgh’s biggest weaknesses are definitely on the defensive side of the ball. There are some obvious holes at linebacker, but rookie T.J. Watt could end up being a huge addition for Pittsburgh this season and they will definitely need it. There are also some concerns in the secondary. Pittsburgh decided to throw some money at Joe Haden after the Browns released him, but Haden hasn’t been a good NFL corner in three years. Can he resurrect his career in Pittsburgh or is he done? And let’s not forget about the safety position which has been an area that the Steelers have lacked talent since the retirement of Troy Polamalu. If for some reason Pittsburgh ends up struggling this season, the blame will likely be 100% on the shoulders of the defense.

-“Big” Ben’s Head: Where is “Big” Ben’s head at heading into the season? After last year, there were rumors that Roethlisberger was ready to call it a career and Steelers fans were ready to jump off a bridge. With a team that’s ready to compete for a Super Bowl this season, the sudden retirement of their franchise QB would have set them back tremendously. Luckily for Steelers fans, Roethlisberger had a change of heart and decided to come back and play. But how into it is he? Is his head fully into the game now or is he still contemplating how great retirement would be? I think once the season starts he’ll 100% be fully committed, but there’s always a chance it goes the other way.

-Expectations: After an appearance in the AFC Championship last year, Steelers fans are expecting “SUPER BOWL OR BUST” this season. They definitely have every right in doing so. They arguably have the second most talented team in the NFL next to the New England Patriots. Plus, they have everything else I love about a potential Super Bowl team. Elite head coach. Elite QB. Solid defense. And lots and lots of playmakers. I wouldn’t be shocked at all to see the Steelers hoist a Super Bowl trophy this year, which is why the expectations should scare Steelers’ fans a little. Sure, Steelers fans should be used to expecatations like they have some this season, but if shit starts to de-rail this season….it could tremendously hurt the future of this franchise going forward.