We are just days away from the GREAT SOLAR ECLIPSE where we are all going to die once the moon covers the sun.

Before you die though, make sure you get all caught up on THE USB’s NFL PREVIEWS!

Today, we are looking at a team that I picked as my “DARK HORSE” Super Bowl pick a few months back. How do I feel about the New Orleans Saints now that the season is inching closer? 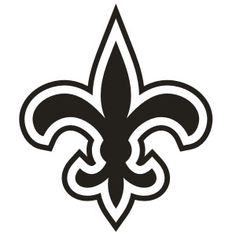 Three Things I Like About The Saints This Season:

-Drew Brees: Drew Brees is definitely getting up their in the age department, but the guy is still one of the best quarterbacks in the NFL. Just last year he threw for over 5,000 yards and I fully expect him to do it again. With the emergence of wide receiver Michael Thomas, the addition od Ted Ginn in the off-season, and Willie Snead, Brees isn’t lacking weapons in the passing department. That’s one of the reasons the Saints were fine with trading Brandin Cooks to the Patriots in the off-season. Michael Thomas is the real deal and people are about to know his name this season. Drew Brees is going to feed everyone the ball and he’s one of the main reasons I have the Saints as a potential playoff team this year.

-Sean Payton: I was absolutely bewildered by the rumors that the Saints were looking to part ways with Sean Payton. I mean, NFL organizations do dumb things all the time, but the Saints letting Sean Payton go would have taken the cake in my opinion. The guy is an elite NFL head coach. Rob Ryan was just on the Colin Cowherd show last week and said that Bill Belichick was by far the best coach in the NFL. He did say that there’s one guy who he would almost put up on the same level as Belichick and that guy was Payton. He’s won a Super Bowl before and he can do it again.

-My “REAL DARK HORSE” Super Bowl Team: A few months ago I wrote a column breaking down which dark horse NFL team’s odds to win the Super Bowl that I liked the most. After all, the Atlanta Falcons had extremely long odds to make it to the big game last year and they achieved it. Would there be a team that could do that this season and which team would they be? After some long scientific research I landed on the New Orleans Saints. They were my pick then and they are my pick now. Outside of all the favorite teams in the NFL, the Saints are a team that I really like to potentially shock everyone and make the Super Bowl this year.

Three Things I Hate About The Saints This Season:

-The Defense: Let’s not beat around the bush here people. The New Orleans Saints have had a terrible defense for the last few years now and I’m not sure it looks like it’s going to get any better anytime soon. Outside of Cameron Jordan, Alex Okafor, and Kenny Vaccaro, the Saints don’t have a player on their defense that I would consider a good NFL player. There is some hope on the horizon with rookies Vonn Bell and Marshon Lattimore. They will hopefully provide a much needed spark for this defense because the Saints are going to need it.

-Adrian Peterson: There are a lot of Saints fans who are excited to see what Adrian Peterson can bring to the team this year. I’m here to tell you guys to pump the brakes on the Peterson hype train. There’s a reason the Minnesota Vikings were perfectly content with letting Peterson walk this off-season. The guy is done as far as being an effective NFL player is concerned. He’s over 30 years old. He’s coming off an injury. And when he hit free agency this past off-season, there were ZERO teams interested in him until the Saints swooped in and offered him a contract. Mark Ingram is a better player and Peterson will likely be a fine back-up for him. If you’re expecting Peterson to come into New Orleans and just light it up, you’re going to be highly disappointed.

-NFC South: The Saints play in what I think is one of the toughest divisions in football right now. The Atlanta Falcons are coming off a Super Bowl appearance and it wouldn’t shock me at all to see them get back to the big game. The Tampa Bay Buccaneers are one of the popular picks this off-season to make the playoffs. A lot of people expect the Bucs to finally take that next step. And then there’s the Carolina Panthers. Carolina is another team who just recently made a Super Bowl appearance and if the dominoes fall in the right place, they could easily get back to the big game. Four teams in the NFC South and all have a legit claim that they could be Super Bowl contenders this year.