Another day. Another NFL preview right here on THE Ultimate Sports Blog!

Are you ready for the NFL season yet?

But until then, let’s take a look at how the Detroit Lions will do this year. 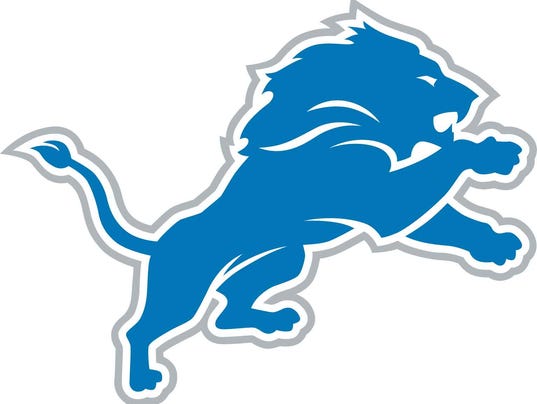 Three Things I Like About The Lions This Season:

-Matthew Stafford: Matthew Stafford is the Rodney Dangerfield of the NFL. The guy has been a pretty damn good NFL QB throughout his entire career and yet he gets no respect from NFL fans when it comes to being one of the top QB’s in the game right now. I ike Stafford personally and I would welcome him on my favorite team any day of the week. The guy has been a top 10 quarterback in the league the past six years and the proof is in the stats. I think the main reason he doesn’t get the respect that he deserves is because he plays for the Lions and well….they are historically one of the worst ran NFL franchises of all-time. Remember. This is the franchise that chased off Barry Sanders and Calvin Johnson. Enjoy Matthew Stafford while you have him Detroit. He’s one of the reasons you guys will compete this season.

-The Defense: On paper, I really like what Detroit is bringing to the table on defense. The Lions were the 18th ranked defense in the NFL last season and if they can see some improvement out of their defensive line, I see no reason why these guys shouldn’t see a potential jump this season. I really liked the Jarrad Davis draft pick and A’Shawn Robinson should continue to develop as well. If Ziggy Ansah can return to form as well, the Lions defense might be sneaky good this season.

-The Wide Receivers: If the Lions still had Calvin Johnson on their roster, I would REALLY like their wide receivers. Unfortunately for them, he’s still gone. However, the Lions still have a pretty good wide receiver corps in my opinion. Golden Tate is a solid player and has surprised some people since taking over for “Megatron” as Stafford’s primary target. Marvin Jones came over from Cincinnati and didn’t miss a beat. He is still a very talented player. And this past off-season, Detroit spent a high draft pick on wide receiver Kenny Golladay. Stafford definitely won’t be hurting for weapons in the passing game.

Three Things I Hate About The Lions This Season:

-The Running Game: Man, the Lions were absolutely atrocious at running the ball last season. After Ameer Abdullah went down, the Lions running game hit a major bump and they just couldn’t move the rock on the ground. Their leading rusher was Theo Riddick with 357 rushing yards. Their fourth leading rusher was Matthew Stafford with 207 yards. Yes, last year was a miserable year for Detroit when it came to running the ball and I’m not sure we are going to see much improvement this season. I mean, I like Abdullah….but the Lions were just sooooo bad last year that I’m not confident the offensive line can get it fixed.

-Greg Robinson: Speaking of the offensive line, Greg Robinson is still bouncing around the NFL and he’s still disappointing people. The former #2 overall pick of the Rams has shown no improvement in his three seasons in the NFL. Three seasons is about what I’m willing to give a guy before I throw out the bust label. Greg Robinson is a bust and the Lions will be highly disappointed if they are hoping for any kind of major improvement this season.

-Jim Caldwell: Jim Caldwell is an average NFL head coach and as long as he’s the head coach of the Detroit Lions….they will continue to be average. Sorry if that upsets you, but it’s the truth.