That’s right everyone. Football season is OFFICIALLY HERE!!!! Even though we still have over a month left before the NFL season actually kicks off, training camps are going full force right now so that means it’s time to start predicting how these NFL teams are going to finish this season.

One team a day for the whole month of August.

Something new for your viewing pleasure every day thanks to the wonderful folks at THE USB!

Let’s get this son of a bitch started……. 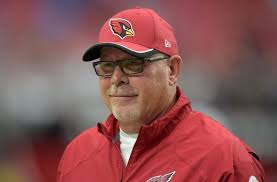 Three Things I Like About The Cardinals This Season:

-The Offense: Arizona is once again loaded on the offensive side of the ball. There aren’t a whole lot of weaknesses on Arizona’s offense as long as Carson Palmer is able to stay healthy.

-The Schedule: The Cardinals don’t play a very difficult schedule this season. They get the pleasure of playing in the NFC West which means they get to play the 49ers and Rams twice each, two teams that I think will be towards the bottom of the league. They also get the added bonus of taking on the AFC South this year, which we all know is arguably the worst division in football.

-A Bounce Back Season: Arizona has been a very successful team under head coach Bruce Arians. After a disappointing season last year, I expect the Cardinals to come back in a big way, perhaps even capturing a division championship along the way.

Three Things I Hate About The Cardinals This Season:

-Carson Palmer’s Age: Carson Palmer is no spring chicken my friends. The guy is getting up there in age and as we all know, the older you get….the more the hits hurt. If Palmer misses anytime this season due to an injury, the Cardinals could be dead in the water. That thought should scare Arizona fans.

-The Start of the Schedule: Earlier I mentioned that Arizona doesn’t play a very difficult schedule, however the beginning of their schedule is not very friendly. They start the season out with away games at Detroit and Indy, head back home to play Dallas & the Niners, go back on the road to play Philly, and then head home again to play Tampa before what should be a tough road game against the Rams. There is a real possibility that the wheels completely fall off this thing and the Cardinals go 1-7 into their bye week with Arians’ seat getting warmer by the week.

-The Defensive Line: The loss of Calais Campbell in free agency could end up hurting the Cardinals on defense more than they think. Campbell was a stud and Arizona doesn’t have anyone to replace him with.