The USB’s 2017 College Football Preview is ALMOST DONE, but we have two of the biggest conferences in college football left before we wrap things up. Up next….a conference that has a few contenders for a spot in the College Football Playoffs this year. THE BIG 10!

Michigan State was awful last year, but was that the new normal for the Spartans or just a down year? I’m going with the latter.

Nebraska, Minnesota, and Northwestern should all be good this year, but playoff worthy? I’m not so sure about that.

Michigan should always be considered a threat to make the playoffs due to Jim Harbaugh alone, but the Wolverines are a very young team this year. How far can they go?

Penn State is back. At least, we think they are. This should be a big season for the Nittany Lions.

Wisconsin surprised some people last year and I think they’ll surprise even more people this season.

And Ohio State is Ohio State and they have Urban Meyer which always makes them a dangerous threat.

So who’s finishing where? 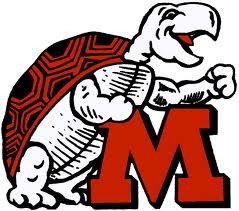