Last year was a down year for my beloved Oregon Ducks, but the arrow is once again pointing up with new head coach Willie Taggart at the helm. Taggart has built up a great staff so far and they are killing it on the recruiting trail at the moment. The big question now is, can the guy win football games at Oregon? I think he will, but the Ducks are still a few more great recruiting classes away from becoming a PAC-12 power house again.

But what about the other teams?

Oregon State looks like a bowl team to me.

I expect Colorado and Utah to take a step back, but how far exactly?

Stanford is Stanford and Washington State will be good as long as they don’t “coug it” at some point in the season.

USC and Washington though are legit playoff contenders in college football. The Trojans are a fully stacked team with a top NFL prospect at QB and Washington is loaded with an easy schedule. It wouldn’t surprise me to see both these teams potentially end up in the playoffs.

But I’m getting ahead of myself! 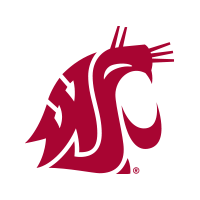