Ladies and gentlemen….we have finally arrived at the POWER FIVE CONFERENCES IN COLLEGE FOOTBALL! College football is just about a month away and it’s time to start getting hyped folks. And the hype begins with THE USB’S COLLEGE FOOTBALL PREVIEW!

First up in the POWER FIVE conferences is the ACC!

Last year’s National Championship winner came from the ACC and Clemson is back to defend their crown with another stacked team. However, there are TONS of other challengers in what I personally think is one of the most talented divisions in college football this year.

So, who’s taking home the crown in the ACC?

Will it be Clemson again?

Lamar Jackson and the Louisville Cardinals?

What about a Miami Hurricanes resurrgence?

It could all happen, just read on……… 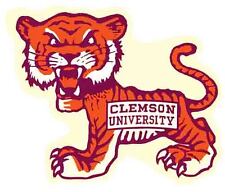