The NBA playoffs are upon us and even though it seems like most sports fans don’t really care that much (that’s what happens when everyone assumes it’s going to be Golden State vs. Cleveland in the Finals again), it’s still an exciting time to be an NBA fan. Why exactly? Because you honestly never know what’s going to happen in the playoffs and sometimes you get a surprise or two.

Last year, everyone just assumed the “best regular season team in NBA history” would walk through the rest of the NBA and capture their second straight NBA title, but the Cleveland Cavaliers shocked the world and made sure that didn’t happen. So even though you think you know what’s going to happen in the playoffs, when they actually play the games….anything can happen.

So what will happen during the NBA playoffs this year? Well, it’s time for the HIGHER POWER to give you his predictions.

Not to toot my own horn, but the HIGHER POWER is on a little bit of a roll right now when it comes to making predictions. I picked the New England Patriots to win the Super Bowl. I picked the North Carolina Tar Heels to win the NCAA tournament. And I also predicted my friends triplets would be ALL GIRLS and that’s exactly what they are. So yes, I’m on a major roll right now and you should really listen to what I have to say.

So here we are. My predictions for how the 2017 NBA Playoffs are going to pan out….. 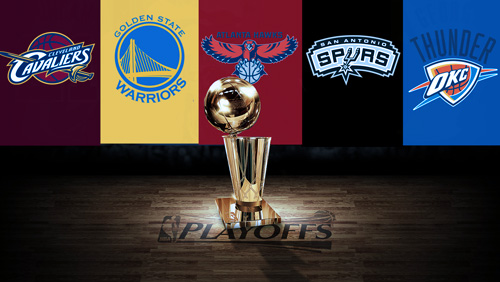 It hurts because it’s true……