Opening Day is just around the corner in Major League Baseball. Yes, I know it feels as though the MLB season goes on forever….that’s because it does. It literally feels like just yesterday that the Chicago Cubs broke their streak and won the World Series for the first time in 100 years and America went crazy.

Well, after last year’s victory, no one wants to see the Cubs win another one, except for Cubs fans. You can get people to cheer for your team when you haven’t won a World Series in 100 years. After you win one though? No one cares anymore and they wouldn’t mind seeing you go back to losing for 100 more years. Just ask the Boston Red Sox and Kansas City Royals.

So, now that the “loveable losers” have broken their streak and added a World Series title, it’s time to find another group of losers for us to cheer on. The following is a list of the TOP 10 MAJOR LEAGUE BASEBALL UNDERDOG TEAMS THAT YOU NEED TO CHEER FOR! These are the new group of “loveable losers” that you should hitch your wagon to if you enjoy cheering for the underdogs…..

Top 10 MLB Underdog Teams That You Need To Cheer For 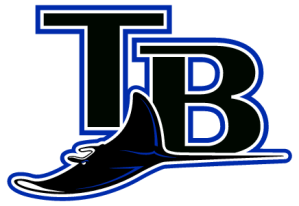 The Dodgers have been a really good team in MLB the past 10 years. The one thing that has really eluded them though is the World Series. In the past 10 years, they’ve had four appearances in the NLCS, but can’t seem to get over that hump. It’s eventually going to happen though and this could be the year. The Dodgers are one of the most storied programs in baseball and they haven’t been to the World Series in almost 30 years. This could be the year that streak finally ends.

After 14 years of misery from 1998-2011, where the Orioles failed to produce a winning season, the team has been on a nice little run lately. They’ve made the playoffs twice in the past five seasons and they almost made it last year, but they lost the play-in game against the Toronto Blue Jays. Baltimore looks like a team that could sneak up and surprise everyone with a World Series title this year. If you want to get ahead of the bandwagon and cheer for a team with a realistic chance to win it this year, the Orioles are your team.

I have to admit, I kind of like the Pittsburgh Pirates. Sometimes in sports, I tend to find teams that have been losing for years and I like to cheer for them because I feel a little bad for the actual real fans of the franchise. That’s the Pirates. From 1992-2012 the Pirates were garbage. They went over 20 years without a winning season, which is just ridiculous if you really think about it. The last few years have been a little nicer to the Pirates though. They’ve managed to make the playoffs three out of the last four years and even though they missed out on the post-season last year, they were just five games under .500 and could bounce back this year. You could cheer for the Pirates if you feel really bad for the town of Pittsburgh, but I don’t. These guys have the Steelers as well, so these guys can go straight to hell.

The Cleveland Indians currently have the longest streak in Major League Baseball without a World Series title. They last won a World Series in 1948 and they haven’t won one since. If you want to cheer for the ultimate underdogs, this is the bandwagon you jump on. However, the Indians are coming off a World Series appearance from just last season where they ALMOST won the title before the Cubs jumped up and bitch slapped them. Not only did that hurt their World Series hopes last season, but it also hurts their ranking here.

The Texas Rangers have been a Major League Baseball franchise for over 55 years and have never won a World Series. They had back-to-back World Series appearances in 2010-11, but came away empty-handed. They’ve made the playoffs the last two seasons in a row, but have failed to get out of the ALDS. If you want to cheer for an underdog team that actually may have a realistic chance of winning it all this year, the Texas Rangers should be the team for you.

The Houston Astors are historically one of the worst teams in MLB. They have been an MLB franchise for over 50 years and they’ve only managed to make it out of the NLCS/ALCS once out of four appearances. They surprised everyone when they made it to the World Series in 2005 and that is easily their greatest achievement as an MLB franchise. However, they were swept by the Chicago White Sox in a four-game series and then went on an almost 10-year streak of losing seasons. The Astros suck and they would love to have you cheer for them. Hell, someone has to. 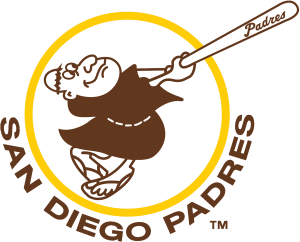 If you’re a fan of a San Diego professional sports team, I feel for you. Yes, you only have one franchise left now that the Chargers have bolted town and that franchise is unfortunately the Padres. The Padres are one of the worst MLB franchises of all-time, if not the worst. They joined MLB in 1969 and have only managed FIVE post-season appearances in that time. FIVE!!!! They haven’t made the playoffs in 11 years and it doesn’t look like that’s going to change anytime soon. The only reason the Padres aren’t higher on this list is because I don’t know if they are ever going to manage to be good again. I would feel sorry for San Diego fans, BUT IT’S FREAKING SAN DIEGO! GO TO THE BEACH YOU ASSHOLES!!!

You have to feel for fans of the Milwaukee Brewers. Not only has their favorite baseball team been a collective pile of shit since their inception, but the poor bastards have to live in Milwaukee, Wisconsin as well (and cheer for the Bucks to as if that’s not enough torture). It’s a good thing these guys have the Packers to cheer on, otherwise Milwaukee fans would probably just end the nightmare once and for all. If that alone isn’t enough reason to get you to cheer for these guys, how about the fact that they have 0 World Series titles, haven’t been in the post-season in five years, and haven’t made the World Series since Ronald Reagan’s been in office? The Brewers are a dreadful franchise and if you’re looking for an underdog to root for, here you go.

The city of Seattle is beautiful. If it wasn’t for that and the Seattle Seahawks, the sports fans of the city of Seattle would all be on suicide watch. We all know how good the Seahawks have been in recent years, so there’s no reason to talk about that. The city of Seattle lost their NBA team almost ten years ago and have been pleading for one ever since. And as for their MLB team? Yeesh. The Mariners arrived in MLB 40 years ago and have done jack squat since arriving in the league. 0 World Series titles. 0 World Series appearances. The Mariners haven’t been to the playoffs in sixteen years! As a matter of fact, if it wasn’t for a run from 1995-2001, where Seattle made the playoffs four out of seven years, the Mariners would have been in the league for 40 years without ever having made the playoffs. You want to be miserable? Try being a Mariners fan. It’s hopeless.

If you want to hitch your bandwagon to a team that is the ultimate underdog but has a realistic shot to win it all this season, look no further than the Washington Nationals. The Nationals are one of only two teams in MLB that have never been in the World Series. The Nationals have been in the league for almost 50 years and have only been as far as the NLCS once! That’s just ridiculous. The Nationals have made the playoffs three out of the last five seasons, but they have failed to win a playoff series every time. Before this run they are having right now, the franchise only had ONE playoff appearance from 1969-2011 both as the Nationals and the Montreal Expos! If you’re looking for a team that has exceptionally shitty history, but also could be this year’s Chicago Cubs…..it’ll be the Washington Nationals. Buy your World Series gear now!