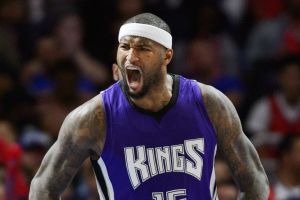 Late last night, I had a craving for some ice cream. I decided to hop into my car and head to the nearest Safeway store. I went to aisle 8, grabbed a thing of ice cream and headed to the check-out counter. That’s when my life was changed forever. Upon arriving, I ran into Frank. He was a rather nice guy and noticed my Portland Trailblazers jacket that I was wearing. And that’s when he hit me with a knockout punch.

Frank from Safeway was holding exclusive breaking news that he just couldn’t wait to get off his chest. Perhaps he was sworn to secrecy and now that he was spilling the beans, someone was going to show up at his house later that night and murder him? I don’t know. All I know is that he was extremely giddy for some reason upon laying eyes on my Trail Blazers jacket. And then it happened.

Frank from Safeway informed me that he knows a guy who knows Trail Blazers’ general manager Neil Olshey. Now, I know there are probably a lot of people who know Neil Olshey this way, so I had no reason to doubt good ol’ Frank. Why would he lie to me just to make small talk? It seemed stupid. We were only going to interact for a total of maybe two minutes tops. There’s no reason for Frank to lie to me about something like that considering it’s highly likely that we never run into each other again. After all, I’ve been on this Earth for 35 years and I’ve never ran into Frank before. But maybe I would come back considering the bombshell Frank was about to drop on me.

Right when I was running my debit card so I could hurry up and get home and stuff my face with a gallon of Rocky Road, Frank did it. It was the 8th round and Frank was bringing out the knockout punch.

“You know the Blazers are going to trade C.J. McCollum and 2 first-round picks for DeMarcus Cousins?”

So there you have it. Frank from Safeway was holding breaking news that not even Adrian Wojnarowski of Yahoo Sports knew. You can read this story and have your doubts about Frank all you want, but even guys like Marc Stein of ESPN don’t know a guy who knows Neil Olshey like Frank does.