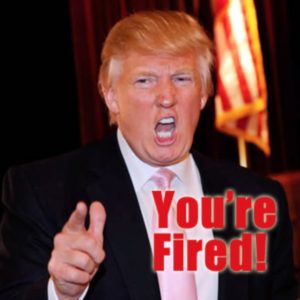 It’s firing & hiring season in college football folks! With the regular season pretty much over, it’s time for college administrations to make big-time decisions on the future of their programs.

So, who’s getting fired and who’s getting hired? This column is the perfect place to keep track of it all. I will constantly be updating the college football carousel as it happens because something big is guaranteed to happen at some point.

-LSU has officially hired Ed Orgeron as their head coach. Orgeron is 21-29 all-time as a head coach that includes a failed stint at Ole Miss from 2005-2007. This is a very interesting hire as LSU is widely considered one of the top jobs in the sport and Orgeron isn’t exactly considered a top coaching candidate. He was doing a tremendous job as interim head coach, but interim head coaches who get hired full-time rarely work out in the end. I truly think LSU could have made a better hire, even though I like Orgeron…especially as a recruiter.

-Texas has fired Charlie Strong. This one isn’t a surprise. Strong was 16-21 in three seasons in Austin, Texas despite having some very good recruiting classes. That’s simply not good enough for the Longhorns and it’s completely understandable. Strong is already rumored to be a possible candidate at Cincinnati (where people expect Tommy Tuberville to be let go), but it also wouldn’t surprise me to see someone offer him a defensive coordinator job from a Power 5 conference.

-ESPN is reporting that Texas is already close to reaching an agreement with Houston coach Tom Herman to be the next head coach of the Longhorns. If this happens, it’s a huge hire for Texas. Herman has been an extremely effective coach and recruiter in his short time in Houston. Even though he had some bad losses this year, his stock was still sky high for good reason. He’s going to inherit a Texas team with a lot of talent and it wouldn’t surprise me at all to see the Horns as playoff contenders next season if this hire is made official.

-No official decision has been made about the future of Oregon head coach Mark Helfrich. Helfrich is 37-15 in four years as the Ducks head coach but a lot of the fan base is calling for his head as the program has spiraled downward in alarming fashion this season. However, even though it’s been a disappointing season for Oregon on-the-field, the Ducks still have a top 25 recruiting class and will have a chance to become bowl eligible (MAYBE) with a win over Oregon State in the Civil War. If the Ducks lose the Civil War though? Rumors are Helfrich should start packing his bags.

-Bob Kravitz is reporting that Purdue is close to hiring P.J. Fleck as their next head coach. Fleck was widely considered one of the top coaching candidates this off-season after turning Western Michigan around. Fleck was hired by Western Michigan in 2013 and went 1-11 in his first season. After that, he quickly turned things around and now has the Broncos at 12-0 on the season, the only undefeated team not named Alabama. If this comes to fruition, it’s a nice hire for Purdue. However, if Les Miles was reportedly extremely interested in the Purdue job like the rumors insisted….why not give him the job? Miles has a better track record than Fleck and he’s shown that he can be successful in college football’s toughest conference. I personally would’ve went that route myself.

[UPDATED: Yahoo Sports Pat Forde is reporting that P.J. Fleck and Purdue are not near a deal and Fleck won’t talk with teams until Western Michigan’s season is over]

[KEEP CHECKING BACK FOR UPDATES ALL WEEKEND LONG!]