Did you miss any of the action from yesterday’s NFL games?

This is the perfect place to go and I know you don’t have to constantly be reminded of that.

So with no further ado….. 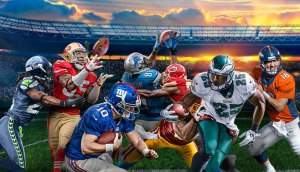 Kansas City Chiefs (5-2) – Don’t look now, but the Kansas City Chiefs might just be the second best team in the AFC behind the New England Patriots. The Chiefs are riding a three-game win streak since their bye week and are a very respectable 5-2 on the season. They’ve managed to do this while being one of the most beat-up teams in the NFL as well. Jamaal Charles still seems to not be fully recovered from last year’s ACL tear. Their best defender (Justin Houston) is close to returning from an injury he suffered last season. And both Alex Smith and Spencer Ware went out with concussions this week against the Colts, but the Chiefs still managed to get the win. We’ve seen what Kansas City has done in the first half of the season. If they ever manage to get healthy, these guys could be a legit Super Bowl contender in a weak AFC. BONUS!

Oakland Raiders (6-2) – The Raiders continue to be the NFL’s best road team. Oakland is 5-0 on the road this year and just got their second straight win in the state of Florida. Derek Carr threw for over 500 yards this week and in case you still weren’t sure the Raiders were back….they just reminded you this week. The only thing that bothers me with the Raiders is they play in the AFC West which might just be the best division in football. Oakland is good, but I still think they are a step behind the Broncos and the Chiefs…but hey, don’t let me rain on your parade Raiders fans.

New Orleans Saints (3-4) – New Orleans isn’t a very good football team, but they managed to pick up a huge upset win over a good Seattle Seahawks team at home. The Saints offense showed up and played a good game against a stout Seattle defense. Drew Brees continues to never age and he’ll be throwing touchdown passes until I’m 60 years old. I still don’t think the Saints are a very good team, but pat yourselves on the back for this win. It was huge.

New England Patriots (7-1) – All they do is win. Tom Brady is on his “FUCK YOU” tour much like I predicted and the Patriots are about to ride that momentum to the Super Bowl. People hate the Patriots because they’re so good and they are one of the most consistent teams in the NFL. The Bills beat the Patriots back in week four 16-0 when Tom Brady was suspended. With Brady back, the Patriots went into Buffalo and steamrolled the Bills. Be careful what you wish for Rex Ryan. The last thing anyone wants to do is piss Brady off anymore than he already is. This guy is going to win the MVP after missing the first four games of the season. Watch.

Carolina Panthers (2-5) – THEY’RE BACK! I think. After a slow start, the Carolina Panthers pick up their biggest win of the season with a win over a good Arizona Cardinals team. Everyone is ready to start shoveling dirt on the Panthers grave already, but may I remind you that the Kansas City Chiefs started out 1-5 last year and then finished the season with an 11-5 record and earned their first playoff win in over 20 years? Not saying the Panthers can do the same thing, but it’s happened before.

Atlanta Falcons (5-3) – I’m still wasn’t sure about the Atlanta Falcons going into this game. However, after this win over the Green Bay Packers, I’m totally in on the Falcons this season. They now have wins over the Oakland Raiders, Carolina Panthers, Denver Broncos, and now the Packers. Two of their losses were a three-point game against the Chargers and a two-point game against the Seahawks. What I’m trying to say is….the Falcons are a good little team. How far will they get this year? I don’t know. I think they have the talent to potentially win a playoff series or two, but talk to me again in eight more weeks.

Dallas Cowboys (6-1) – Dak Prescott and company continue to roll as the Cowboys pick up a huge division win over the Philadelphia Eagles on Sunday Night Football. Not only that, but the Cowboys managed to come from behind to get the win and secure first place in the NFC East for the time being. We are slowly inching closer towards the return of Tony Romo and things are about to get REALLY interesting in the Big D. If Romo is healthy and ready to go and the Cowboys don’t play him…will we see some kind of revolt from the team or will they continue to support Dak? Business is about to pick up.

Seattle Seahawks (4-2-1) – The New Orleans Saints are not a very good football team. The Seattle Seahawks meanwhile are supposed to be Super Bowl contenders. I’m starting to worry about the Seattle Seahawks after two disappointing weeks. I picked them to win the Super Bowl and I’ll still stand by my choice but C’MON MAN! The Saints are garbage on defense and the Seahawks can only muster up twenty points? What the hell happened this week in the Big Easy, Seachickens? Let’s get your shit together before everyone bails off the bandwagon again.

Cleveland Browns (0-8) – And the Browns continue to lose. Not only that, but they might have blown their best opportunity at a win this season. The schedule the rest of the way isn’t exactly favorable towards them in anyway and the Jets may have presented Cleveland with their best shot at getting a win this season. I don’t think that’s going to happen now.

Buffalo Bills (4-4) – After beating the Patriots 16-0 back in week four, the Bills shit all over themselves this weekend. I said it earlier and I’ll say it again. The last thing anyone wants to do is give Tom Brady any kind of motivation to kick your ass. The Bills did that when they beat a short-handed Patriots team a few weeks ago. Well, the Patriots got their revenge this week as we saw who the contenders and the pretenders were. Maybe next year Buffalo?

Cincinnati Bengals (3-4-1) – I hate ties. They are the stupidest things in sports.

Washington Redskins (4-3-1) – I hate ties. They are the stupidest thing in sports.

Indianapolis Colts (3-5) – The Colts are garbage. They are basically Andrew Luck, T.Y. Hilton and a whole bunch of crappy players. Kansas City went into Indianapolis and straight whooped their ass. Not only that, but they did it with a back-up quarterback. After Alex Smith went down (TWICE), Nick Foles came into the game and threw for 223 yards and 2 touchdowns! Shame on you Indianapolis. It’s unfortunate that Luck is wasting away on this football team that is so devoid of talent.

Players of the Week 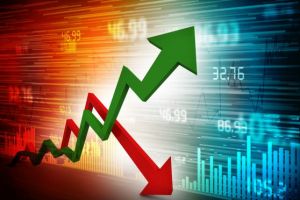 And that’s it for week 8! We are halfway there folks. Let’s make it a memorable second half alright?….