The NBA season is right around the corner. That means it’s time to take a closer look at each individual NBA team and predict how they will do this season. So strap in….it’s the ULTIMATE SPORTS BLOG’S 2016-17 NBA PREVIEW!!!! 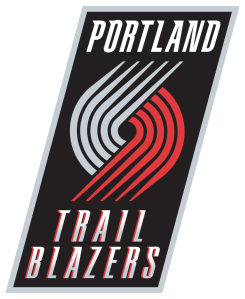 The Portland Trail Blazers were the surprise team of the NBA last season in the Western Conference. After losing All-Star LaMarcus Aldridge to the San Antonio Spurs in the off-season, the Blazers expectations sunk. The experts in Las Vegas had the Blazers pegged as a “27-win team” and no one thought these guys were going to be any good. That was all just more “wood on the fire” though.

For those of you who don’t live in the Portland-area and aren’t familiar with the “wood on the fire” statement that applies to Damian Lillard, allow me to fill you in. Lillard is the ultimate underdog in the NBA who has constantly been disrespected with All-Star snubs, low expectations and people bashing him because he played college ball at little old Weber State. Anytime something happens to him and he feels disrespected, it’s more wood on the fire and he plays with a little bit of a mean streak. When Aldridge bolted town and everyone thought the Blazers would sink back to the lower depths of the NBA’s western conference, it was like lighting a whole forest on fire in Lillard’s eyes.

Dame wasn’t going to let the Blazers fall back into the lower rungs of the NBA ladder and he got some surprising help along the way. C.J. McCollum took his game to new heights last season by winning the NBA’s Most Improved Player of the year award and it’s very likely he could improve even more this season and see his first All-Star selection. Plus, with talented players like Allen Crabbe, Evan Turner, Al-Farouq Aminu, Ed Davis, Mason Plumlee, Moe Harkless and more, the Blazers have extremely underrated depth. After shocking the world last season and beating the Los Angeles Clippers in the first-round of the playoffs, expectations should be higher for this team.

I’m personally placing the Blazers as a 50 win team who could have a good chance to win a playoff series or two. Unfortunately they still likely aren’t good enough to take out the Western Conference’s top powers, but hey….maybe just by saying that I’m throwing more wood on the fire?