Hi, hello & welcome to the 2016 NFL Season! I’m Steve Cook, and I’ll be back again by popular demand to give you all the gambling advice you need. The very first game of the season takes place on Thursday night, and given the teams involved I thought it deserved the full-column treatment. So we’ll come back on Friday or Saturday with the rest of the Week 1 picks. Good? Good.

It’ll be the defending NFC Champions visiting the defending AFC & Super Bowl Champions. Thursday Night Is Football Night, and good ol’ Al & Cris will be on the call. (An interesting side-plot for 2016 will be how burnt out will Al Michaels be towards the end of the season since he’ll be doing a bunch of these Thursday & Sunday games. Collinsworth will be fine, but I think Al could get pretty interesting in the final weeks.)

So we’re all ok with Cam Newton as a franchise quarterback now, right? It was a little touch & go for the first few years, but Killa Cam is living up to the hype he got coming out of college. People will always find reasons to complain about him. He dances too much. He doesn’t answer questions after losses. He’s not black enough or he’s too black depending on who you ask. All of this is irrelevant for our purposes. What is relevant is that he was the best player in the NFL last season, and there’s no reason to believe he’ll be worse this season. Cam Newton isn’t a good guy. He isn’t a bad guy. He’s the guy.

And now that he’s got Kelvin Benjamin to throw the ball to, he’s more dangerous than ever. Greg Olsen’s a solid TE. Jonathan Stewart has been RB forever. I’m told that Cameron Artis-Payne will be a bigger factor in the run game. I’m also told that Ted Ginn Jr. will stop dropping passes any year now. In any event, the Panthers offense should be improved from last year.

The defense is largely the same with one exception: no more Josh Norman. Expect THE USB’s Josh Norman love to decrease by approximately 150% this season. They might be rolling with two rookie cornerbacks, but the Panther defense has gotten by before on mediocre secondaries thanks to their front seven. As long as that’s intact, I don’t worry about the Panther defense.

As great as the Panthers were last season, it was the Denver Broncos raising the Lombardi Trophy after beating them in Super Bowl 50. What’s changed since then? 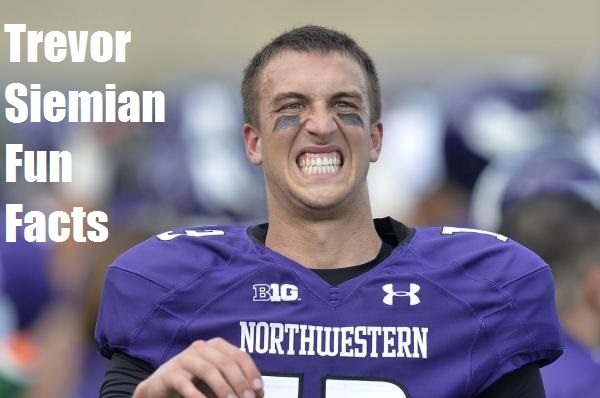 So that sounds like all sorts of fun! I’ve already seen articles speculating he’s the next Tom Brady because he’s a white kid from the Big 10 that got picked late in the draft. I’d pump the brakes on that comparison until we see him play. Denver’s offense is pretty tough to trust right now, but at least they still have that rock solid defense. The same defense that shut Cam down in Super Bowl 50, you know. And they’re promising to do it again, even with the loss of two starters. They still got Von Miller.

There’s a pretty good chance they will. The game is in Denver. The Broncos fans will be stomping their feet, clapping their hands, smoking their dope & whatever else one does in Colorado. Maybe this is the traditionalist NFL fan in me. And it’s really weird because I have the Panthers winning the Super Bowl this season. But I have a tough time not taking the Broncos when they’re an underdog in Denver. Even with Trevor Siemian.