The Arizona Cardinals have enjoyed a lot of success in the NFL over the last couple of seasons, but one thing has managed to constantly escape them….a Super Bowl trophy. With a top 10 offense, a top 10 defense, and a fantastic head coach, is this the year the Cardinals finally achieve that dream?

Can Carson Palmer stay healthy long enough to get the Cardinals back to the NFC title game?

Can the defense continue to play at the level they’ve been playing at?

Is Bruce Arians one of the guys who is just doomed to never win a Super Bowl even though he’s a great coach? 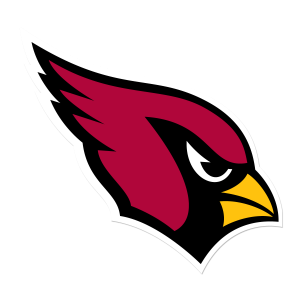 The Arizona Cardinals and Bruce Arians have enjoyed a lot of success in the NFL over the past couple of seasons. Since coming to Arizona in 2013, Arians has compiled three straight winning seasons and he’s improved in each one. Last year, the Cardinals were easily one of the best teams in the NFL, finishing with a 13-3 record and a spot in the NFC Championship game. With one of the best rosters in the NFL from top-to-bottom, the Cardinals look ready to once again come out and join the NFL’s elite teams this season. While there are definitely some concerns heading into the season (the Cardinals got WALLOPED by both Seattle and Carolina late in the season last year), Arizona still looks and feels like a legit Super Bowl contender….but are they? Let’s take a closer look.

Offensively, the Cardinals were a top 3 team in the NFL last season. They have arguably the best group of wide receivers in the NFL (Larry Fitzgerald, John Brown, and Michael Floyd are all studs) and they have a quarterback who has no problem getting them the ball when he’s healthy. We’ve all heard it time and time again, but the Cardinals are a different team when Carson Palmer is healthy and slinging the ball downfield. Palmer isn’t a spring chicken though and the threads are wearing out on the tires. If the Cardinals are going to be a Super Bowl contender this year, a lot of the burden will lay on his shoulders. The good news for him is, not only does he have the stud group of WR’s to work with, but he’s also got a young running back who could do some real damage this year. David Johnson kind of came out of nowhere last season and he’ll have an even bigger year with a full season as a starter. As for the offensive line? It’s not the best in the NFL, but it’s definitely more than adequate. They have a few holes on the line, but overall it’s decent group. I fully expect the Cardinals to once again come out and score a lot of points and finish the year as one of the top offenses in the NFL.

Defensively, Arizona is good, but they have a few positions that could cause some concern as the season progresses. The Cardinals did manage to make a trade with New England for Chandler Jones this past off-season and that will help shore up their pass-rush a lot. Jones and Calais Campbell? Yikes. However, the strength of the Cardinals defense comes in the secondary though. With Patrick Peterson and Tyrann Mathieu sitting back there giving quarterbacks nightmares, the Cardinals shouldn’t have a lot of trouble preventing the ball from getting thrown downfield. That’s easier said than done though of course. Arizona finished last season with a top 10 defense and they’ll finish this season with a top 10 defense. Even though they have some holes on this unit, they are still stacked and will likely finish in the top 10 once again.

So, it’s pretty obvious that I’m once again high on the Arizona Cardinals this year. I love the talent that they have on the offensive side of the ball and I like the defense as well. Arizona is definitely a Super Bowl contender this year and it wouldn’t shock me at all to see the franchise win their first Lombardi trophy. Wait a second. Did I just put entirely too much pressure on Arians and the crew? My bad.