The Indianapolis Colts are a very interesting team heading into 2016. Their franchise quarterback regressed big-time last year and there’s questions about his play going forward. The team wanted to fire the head coach, but then they changed their minds at the last minute. With so much dysfunction going on right now, what’s in store for this team this year?

Can Andrew Luck revert back to his old playing ways or is he done?

Can the defense elevate their game back to the way they were playing in 2014?

Will Chuck Pagano last an entire season as head coach of the Colts? 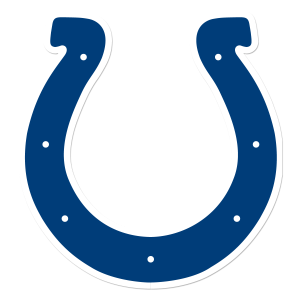 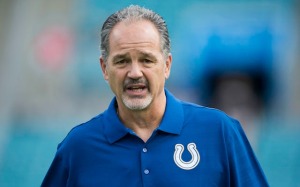 What the hell happened to the Indianapolis Colts last season? Somehow, someway, the Colts went from potential Super Bowl contenders to one of the biggest jokes in the NFL. Now, when you look at it from afar, it doesn’t look that bad. They finished with an 8-8 record which is respectable and they also managed to keep expectations relatively high going into this season. That’s pretty impressive for a team that was an absolute joke last year. The Colts coaching staff seemingly lost their damn minds (remember that fake punt formation???). Andrew Luck went from one of the best young quarterback prospects in the league to a guy who looks like he could potentially be done as far as a productive NFL QB is concerned. The defense was atrocious and that’s not good considering that’s their head coach’s biggest strength. Oh, and we didn’t even mention the “Chuck Pagano is fired; Wait, No He’s Not” headlines we saw this off-season. For a team that looks like such a mess when you look at them closely, can the Colts jump back up into the NFL’s elite teams this season?

If it’s going to happen, Andrew Luck needs to come back. I’m not talking about the Andrew Luck we saw last season because that one was garbage. I’m talking about the one who was in the league from 2012-2014 and looked like the next big gun-slinger in the NFL. I’m still a massive fan of Luck’s and I think last year was just a bump in the road. I fully expect him to rebound with a fat year this season. He’s just way too talented and way too smart not to succeed in the National Football League. Plus, the Colts have weapons. Sure, Frank Gore is getting up their in age, but he’s still a decent running back. And Indianapolis has some stud receivers in T.Y. Hilton, Donte Moncrief, & Phillip Dorsett. As long as the offensive line can keep Luck healthy and on his feet, the Colts should be explosive once again on offense. If not, they can’t fire Chuck Pagano fast enough because he’s clearly ruining Andrew Luck.

As for the defense, they weren’t very good last season and I’m not sure they are going to be any better this year. Indianapolis had one of the worst ranked defenses in the league and they didn’t really do anything to improve it this off-season. I don’t know if they are expecting some guys to just boom all of a sudden, but if I’m a Colts fan….I’m extremely worried about this unit heading into the season. It wasn’t that long ago that Chuck Pagano had the Colts positioned as a potential top defense in the NFL, but they took an extremely huge step back last season. If the Colts are going to make a return to the playoffs this year, they need these guys to play better. I’m not 100% sold on that happening. Vontae Davis is arguably their best player and he’s going to be out for the first month of the season. That’s not a good omen as the season approaches for these guys. If it’s another disappointing year in Indy, it will probably be because the defense sucks ass.

So what will happen with the Colts this year? Honestly, a lot could eventually go down in Indy. I personally expect Andrew Luck to bounce back and lead these guys to a division crown and a return to the playoffs, but that’s still a big task. The Colts look good on offense, but they still look like junk on defense. I’m also still not sold on Chuck Pagano being the guy who can lead Luck and the Colts to the promise land. You also can’t forget that the Houston Texans are still right there and they have improved tremendously. Oh, and the Jacksonville Jaguars are also sniffing down the Colts backs as well. You see what I mean? It’s going to be a very interesting year this season in Indianapolis. It wouldn’t shock me to see the Colts win the AFC South and make the playoffs and it also wouldn’t shock me to see them go 5-11 and Pagano gets fired mid-season. Have fun Colts fans!