The Atlanta Falcons have had a rough few years in the NFL. After firing head coach Mike Smith a couple seasons back, the team has struggled to get back into the playoff race. With a roster that has an explosive offense, a rebuilt defense, and a head coach with a mission to get the Falcon s back into the NFL’s elite….is this the year the Falcons surprise the NFL?

Will the defense FINALLY step up and elevate it’s play to get the Falcons back into the upper echelon of the NFL’s teams?

Is Dan Quinn the best option at head coach for this team? 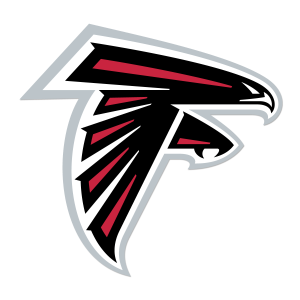 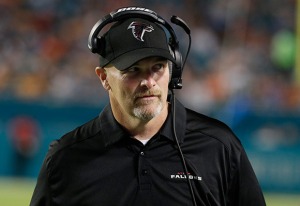 The Atlanta Falcons have been stuck in NFL purgatory the last few seasons. After a decent run from 2008-2012 under head coach Mike Smith, Atlanta has been struggling to find it’s identity ever since. That’s one of the many problems teams face when you have a team that has an amazing offense on paper, but is led by a defensive-minded head coach who was brought in to help shore up that side of the ball. Ever since bringing in Matt Ryan, the Falcons have been pretty explosive on the offensive side of the ball. It’s the defense that has seen it’s fair share of struggles and has ultimately ended up costing this team it’s chance at success. The Falcons have spent a ton of draft picks and money on re-building the defense in an effort to get back into the playoffs and cause some real damage in the NFL. Is this finally the year the Falcons crack back into the playoffs? Let’s take a closer look.

Offensively, I love this team. Matt Ryan has his ups and his downs, but when it comes down to it….he’s quietly been one of the most efficient NFL QB’s of the past decade. The guy doesn’t get nearly the respect he deserves even though he is one of the NFL’s best at the position. It really helps that he has a lot of weapons to work with on the offensive side of the ball though. Devonta Freeman exploded onto the league last year and really came into his own. He should continue to flourish this season, even though he could lose quite a bit of carries to Tevin Coleman. Really the only weakness on Atlanta’s offense comes in the form of the wide receivers. I know that sounds weird to say when your team has Julio Jones on it’s roster, but after Jones….there isn’t a whole lot to work with. Mohamed Sanu is garbage and everyone else isn’t much better. If another wide receiver can step up this year, it could end up paying huge dividends for the Falcons on the offensive side of the ball.

Defensively though, there are still a lot of questions surrounding this team. Outside of Derrick Shelby and Desmond Trufant, there isn’t a whole lot to get excited about from this unit. Vic Beasley was good last season and he should continue to develop and for the Falcons playoff chances, that should hopefully come this season. Atlanta still has a few holes in the front seven. There are some players that I don’t like at all (Tyson Jackson), and there’s a good chance that the Falcons will be playing with a linebacker with one year of experience (Beasley) and two rookies (Jones and Campbell). I don’t know about you guys, but that scares the crap out of me….especially for a team with playoff aspirations like the Falcons. The strength of the Falcons defense will likely come in the secondary. Desmond Trufant is a bonafide stud in the NFL and the rest of the secondary is pretty good as well. I have high hopes for rookie Keanu Neal who could have a huge season for the Falcons and if he does, this team might sneak up and surprise you.

So, what should we expect from the Falcons this year? Personally, I think they are a fringe playoff team. Atlanta should have one of the best offenses in the NFL. If the defense improves this year, it’s not out of the question that the Falcons could sneak up and potentially win the NFC South. I still have questions about their head coach, but if anyone can get this defense to play better this season….Quinn is the guy. It should be a fun year in Atlanta this season.