Very few things are guaranteed in the NFL. Every year, there is always a big injury or two that changes a teams fortunes. Every year NFL fans everywhere complain about the god awful officiating. And every year, the Green Bay Packers are legit Super Bowl contenders. Or at least…it sure feels that way.

Is this year’s Packers team a Super Bowl contender?

Can Aaron Rodgers bounce back from a “disappointing” season last year?

Has Mike McCarthy worn out his welcome in Green Bay? 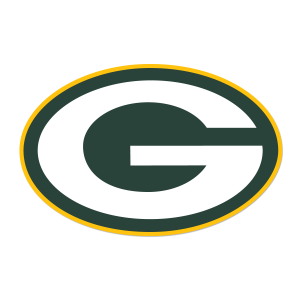 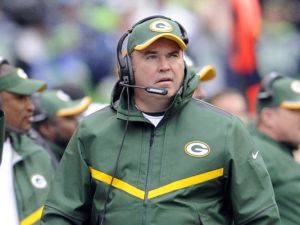 The Green Bay Packers have been one of the NFL’s premiere franchises since the NFL became a thing. Most NFL franchises just hope for a winning season every now and then. You know as an NFL team, you can’t have a winning year every year. It’s just too tough and the league is built around parity. However, there are certain teams that are exceptions to that rule and the Packers are one of them. Outside of the 70’s and the 80’s, the Packers have continuously been one of the NFL’s best teams and that should continue this season. Part of the reason of the Packer’s success is how lucky they’ve been at the two most important positions on a football team. Quarterback and head coach. Perhaps no other franchise in the NFL has been as lucky as Green Bay has with their ability to find a quarterback and a head coach who go on to have amazing success in the NFL. Unfortunately for the rest of the league, that trend will continue this season as the Packers are once again Super Bowl contenders in my opinion. But we are getting way ahead of ourselves here.

On the offensive side of the ball, we know what to expect from the Packers. They have been a top ranked offense every year since Mike McCarthy and Aaron Rodgers have been around. Last year was arguably their worst year together as a duo, but with Jordy Nelson expected back this season, I look for them to rebound and have a huge year once again. One thing that became abundantly clear last season with Nelson’s injury was how important he was to the offense. Even though Randall Cobb is a good receiver, he showed last year that he’s much better as a #2 than a #1 guy. If Nelson is back at 100% this season, I fully expect the Packers to be a top-ranked offense again. This isn’t the side of the ball that the team needs to be worried about in my opinion.

That should be the defensive side of the ball. The defense has been kind of a “middle-of-the-road” type defense the last few seasons. If Green Bay really wants to be taken serious as a Super Bowl contender, these guys need to elevate their game to another level. It’s no coincidence that when the Packers won the Super Bowl back in 2010, Aaron Rodgers and the defense were both playing at another level. That’s the Green Bay defense that we need this season, I’m just not sure we’re going to get it. The front-seven is good, but they are likely going to be relying on two rookies (Kenny Clark & Blake Martinez) and some old linebackers (Clay Matthews & Julius Peppers) to take this team to another level. I’m not entirely sold on that happening. Green Bay should be OK in the secondary though as that is easily the strength of their defense in my opinion, but they need a corner to step up who can be a threat alongside Sam Shields.

So, after all that, can we consider the Green Bay Packers a serious threat to the Super Bowl crown this year? Of course we can. Anytime a team has one of the best quarterbacks, one of the best head coaches, and just a damn good team overall….you would be silly to not consider them a threat to win it all. The Packers got close last season when they ended up losing to the Arizona Cardinals in the NFC Divisional Round in a tight overtime game. Something tells me that result has been sitting and eating at Aaron Rodgers’ soul all off-season. You know who you don’t want to make mad? Aaron freaking Rodgers, that’s who. Good luck stopping these guys this season.