The Cincinnati Bengals have been one of the best teams in the NFL’s regular season over the last ten seasons. However, they continuously shit the bed when the games really start to count (they haven’t won a playoff game since 1990!).

Is this the year that the Bengals finally get that elusive playoff win out of the way?

Is this Marvin Lewis’ last year as head coach of the Bengals if it doesn’t happen?

Can Andy Dalton repeat the year he was having before he was horribly injured last season? 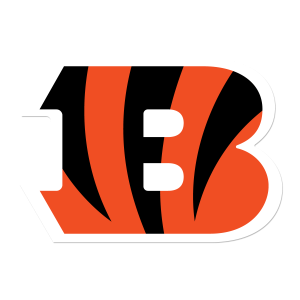 Playoffs. That word alone can send shivers down the spines of Cincinnati Bengals fans everywhere. Why exactly? Because over the past ten seasons, the Bengals have been one of the best NFL teams in the regular season and when it’s time to play post-season football….the Bengals shit all over themselves. It’s almost become a running joke in the NFL. When playoff time comes and you look at your opponent and you see the “Bengals” listed, you might as well go ahead and just book your trip to the next round. It’s one of the biggest mysteries in the NFL. Cincinnati is a very good football team and have been for awhile now. Marvin Lewis is a decent head coach and is one of the best defensive minds in the game. But for some reason, this team just can’t get it done when it matters. Will that change this season? Is this FINALLY the year the Bengals get over that hump? We saw the Kansas City Chiefs do it last season, so you know it’s possible. Let’s take a closer look.

Offensively, the Bengals are loaded. Andy Dalton was a joke in the NFL since he entered the league, but last year he really showed that he can take it to the next level. He was an MVP candidate who was having a really strong year until an injury took him out. It would’ve been really interesting to see how Cincy would have done had Dalton stayed healthy. As far as skill players go, the Bengals are good. They have a two-headed dragon at the running back position in Hill and Bernard (I like Gio slightly more than Hill myself), they have one of the best wide receivers in the game (Green is a stud), and Tyler Eifert really came alive last season as he bolted his name near the top of the tight end power rankings. Their offensive line is also still really good and there’s a lot of depth there when everyone is healthy. If the Bengals win a playoff game this year, it likely will be because they managed to keep Dalton healthy all season. Stop me if you’ve heard this before, but having a healthy franchise QB is key to winning games in the NFL.

Defensively, I like what the Bengals are bringing to the table. Cincinnati has consistently had a tremendous defense under Marvin Lewis and that will continue this season. Yes, they have a few holes (they really need an upgrade at the corner position and at defensive end), but they should once again have a top ranked defense. The only thing stopping the Bengals from being dominant on this side of the ball, may just be the Bengals themselves (and yes, I’m looking at you Vontaze Burfict). Keep your emotions in check boys.

So, after some close examination….I can honestly come out and say that the Cincinnati Bengals are Super Bowl contenders. The only thing that causes me to have any kind of hesitation would be the Marvin Lewis factor. The fact that Lewis is 0-7 all-time in the playoffs and still manages to have a job is beyond me. I mean, I realize that the Bengals owner is satisfied as long as they are selling tickets to the games, but at some point…you have to reward those fans with some playoff wins. If the Bengals come out and dominate the regular season once again and get bounced from the playoffs in their first game, Lewis HAS to go. It’s almost insulting to your fans to keep him around at this point. To say this season is a big year in Cincinnati may be under-selling it. It should be a HUGE year for the Bengals.