Day three of the NFL preview at THE Ultimate Sports Blog continues with a look at a team that surprised everyone last season. No one expected the New York Jets to be as good as they were last year, but in the end, the Jets were one of the best teams in the AFC.

Can they capitalize on this momentum and return to the playoffs for the first time in five years?

Will they slide back into NFL obscurity as last year was revealed as one big lucky break?

Can they be the team that FINALLY takes out the New England Patriots as the kings of the AFC East? 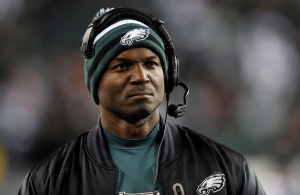 Things got off to a surprising start last year under first year head coach Todd Bowles for the New York Jets. Expectations in New York weren’t exactly very high for a team that were playing in the same division as the New England Patriots, with a brand new head coach, and Ryan Fitzpatrick at QB. Remember right before the season started and the big news was some no-named linebacker knocking out Geno Smith causing him to miss half the season? Remember how everyone and their mother started selling their Jets stock quicker than you can say “I.K. Enemkpali”? However, the Jets squashed all expectations when Fitzpatrick came out and had a great year for New York and the team ended up surprising everyone and going 10-6 and just BARELY missing out on the playoffs. Will New York build on that momentum or was last year just a flash in the pan?

This team will likely live and die on how the offense plays this season. I don’t know what they were doing this off-season when they were playing hardball with Ryan Fitzpatrick’s contract. Fitzpatrick may not be a world-beater at the quarterback position, but he definitely gives the Jets their best opportunity at winning football games. This offense shined last season thanks to Fitz and the fact that they have some nice weapons for him. Brandon Marshall and Eric Decker have turned into one of the NFL’s best one-two punch at the wide receiver position and the addition of Matt Forte could end up HUGE and will definitely help soften the blow after Chris Ivory left town and headed to Jacksonville. The Jets used to be widely known as a defensive team with a garbage offense. Not anymore though.

What about the defense though? Can they continue to play as well as they did last season? They were easily one of the top ranked units in the NFL last season and I fully expect that to continue under Bowles. While I would love to see them bring in some new linebackers to help shore up the defense a little more, beggars can’t be choosers and the Jets will once again be one of the best teams in the NFL on the defensive side of the ball.

The big question with the Jets this season is, can they take the next step and return to the playoffs for the first time in six years? They were so close last season and that’s just one year with Bowles at the helm. One would think that the arrow is still pointing up with this team and it wouldn’t surprise me at all to see them actually sneak into the playoffs this year. I have them going 9-7, which may actually end up being a little low when it’s all said and done. This team could definitely go anywhere from 12-4 to 6-10 this season and if there’s any team in the AFC East that could capitalize on a potential New England Patriots slide this season….it will be the gol’ damn New York Jets.