Football season is almost here, which means it’s time to start drafting your fantasy football teams! I’m Steve Cook, and as THE USB’s official Fantasy Football Expert, I thought it would be nice of me to give you guys some advice heading into your drafts. No, not rankings. There are plenty of those all over the Internet. (And I need more time on mine.) What I’m giving you today is some general advice about how drafts should be approached from somebody that knows a thing or two about winning fantasy championships…and knows a thing or two about not winning them as well. Hey, the more leagues you’re in, the more places you’ll finish in.

The first round doesn’t matter as much as you think.

I’ve made some pretty terrible first round picks over the years. Jeremy Hill seemed like a solid pick in the first round last year. He wasn’t. Cam Newton might be a believable first round pick now, but that idea was completely laughable when I picked him in the first round in 2012. In 2005 I picked Peyton Manning fourth overall…which sounds fine until I tell you that I picked Carson Palmer as a backup & Palmer got more points that season. All three of those teams won the championship in leagues with legitimate competition.

The secret of the first round is that a really good percentage of the guys picked then end up being busts. Sometimes due to underperformance, sometimes due to injury. Countless fantasy seasons have gone up in smoke due to star running backs suffering knee injuries & owners being unable to find points elsewhere.

So if you don’t get the first pick, don’t worry about it. Most veteran players prefer the end of the first round anyway, as they can come back with one of the top picks in the second round instead of waiting forever to make their second selection. When you’re in a big league you definitely want to be on one of the ends of the draft order. The middle does you no good.

OK, OK, you want to know who to pick first overall if you get that pick…

I’m on the Antonio Brown as #1 overall pick bandwagon. All the guy does is produce just about every single week, even if Big Ben happens to be out with injury. And with Le’Veon Bell suspended, the passing game is going to be even more important to Pittsburgh’s success. It’s kind of a sad day for me because I’ve loved having him in leagues over the past couple of years and now I won’t get to because I never get the top pick. It’s also a happy day for me, as I forecasted the rise of wide receivers ahead of running backs years before anybody else did. It’s a passing league, and with the rules heading the direction they are, it’s only going to be more so.

I’ll have more ranking fun ahead soon here at THE USB and on The Ocho Fantasy Football Podcast. Assuming we’re doing one this year. Ask @VPenguin. 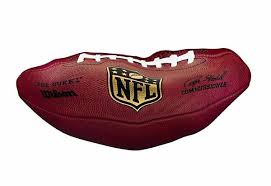 Seems obvious, right? It feels like every single draft I’ve been in has featured somebody out for the year getting drafted. You gotta do at least that much research. Some people will say you need to know everything, and they’re wrong because there’s no need to know the second-string quarterback for the Buffalo Bills (if you need the second-string QB for the Bills your season is probably over already & it’s time to move on to fantasy basketball), but you at least need to know who will actually be able to take the field.

Quarterbacks will get picked earlier than you think.

Every year I see these magazines & online articles with people saying that you don’t need to pick a quarterback until the middle of the draft. They are wrong. Somebody in your league will probably take a QB in the top five. At least three will be off the board by the end of the first round. If you wait until the middle of the draft like the experts say you should, you’ll be deciding between Jay Cutler & Jameis Winston.

Casual fans love quarterbacks. Hell, hardcore fans love quarterbacks too. They run the show. You feel better as a fantasy owner if you have a QB you know and trust. If you’re torn between a couple of options, you’re a mess. As much as you’re going to want to wait on picking a QB, you’re going to pick one earlyish. Sure, you can go the Tom Brady route, but you better pick a competent backup if that’s the plan. I think the suspension might actually stick this year. 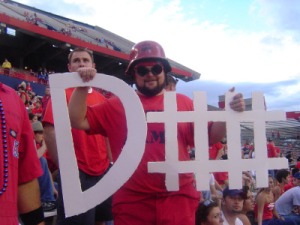 I know a lot of people that like to stream defenses. Sometimes that becomes a necessity during the season, and I’ve been known to play the matchups myself from time to time. But in Week 1 you don’t need to be scouring the wire trying to pick a defense. Last year I was the guy that took the Seahawks defense too early. It worked for most of the season…sure, there were some down weeks, but more often than not they got enough points to be relevant as a defense. It was one less thing to worry about & gave me time to concentrate on more important positions. 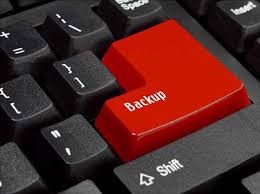 I will add a caveat…if you’re in a league that has a W/R/T flex slot instead of W/R, go ahead and take another TE if you really want. But the pool is usually so shallow that it’s tough to find one good tight end anyway. I’d rather load up on deeper positions like wide receiver & running back where you really need the points in order to win. Put it this way: I won a title last year with 43 year old Benjamin Watson as my tight end most of the season.

Oh, and beware the Defense Run & the Tight End Run. Every single draft has both of them. People realize they need to fill these positions and you’ll see a bunch of them fly off the board one after the other. The trick is to figure out when you’re wasting a pick on somebody that you won’t actually get a lot out of. This year’s tight end pool has maybe five tight ends that we’re sure will deliver: Gronk, Jordan Reed, Greg Olsen, Delanie Walker & Tyler Eifert. Travis Kelce is sixth on the list I have in front of me. Once you hit the Kelce zone, you’re better off taking something else right then and rolling the dice on a TE later on.

(I went with Kelce because I think Dustin will like the idea of a Kelce Zone.)

Kickers go in the last round.

Period. End of story. Blair Walsh and his 23 points won me a championship last year. I picked him up off the waiver wire during Mike Nugent’s bye week and kept him around because he kept producing. People have tried to tell me kickers can be picked before the last round. They are wrong. You go ahead and take the Patriots kicker a couple of rounds before the end, I’ll just sit back, take some sleepers and then take a kicker at the end. Some people don’t even take a kicker, but that’s a little too cute for my blood.

You can pick players on your favorite team…but be smart about it.

A lot of people will tell you it’s not smart to intermingle your fantasy team and your favorite team. Those people are fans of teams like the Cleveland Browns. Sure, if your players suck, don’t pick them! If you have good players, go ahead! I try to include a Bengal and/or a former Louisville Cardinal on all of my fantasy teams because I enjoy rooting for those players anyway. Maybe it’s the smarter play to pick rival players so you get something out of them, but I find it less confusing to not have my fantasy loyalty go against my loyalty to my football team.

Just don’t start picking third-string guys as “sleepers” or anything stupid like that.

The waiver wire is where championships are won. 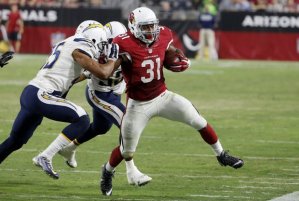 Getting hot towards the end of the season is all about making the right move at the right time. Last year, it was picking up Cardinals RB David Johnson when Chris Johnson got hurt. The year before that it was picking up Broncos RB CJ Anderson when the coaching staff finally decided to give him the ball. You want your team to peak in November & December, not September & October. You accomplish that by paying attention to the waiver wire & who’s coming out of nowhere to make an impact.

Sure, drafting Johnny Manziel or Tim Tebow will get some laughs from the fellas. But that’s a roster spot you have to fill later on with somebody that’s actually useful. Why bother?

It’s fantasy football. Fantasies are supposed to be fun, right? If you head in with a bad attitude & don’t want to be there, you’re wasting your time. And everybody else’s. So loosen up. Have a few drinks if that’s your kind of thing. (It’s my kind of thing)

Follow this advice and you shall have a rewarding fantasy football experience.