Free agency is pretty much over with and man….was it ugly or what? We saw all sorts of mediocre NBA players get their pockets filled by NBA teams who are looking to take that next step among the elite teams and the whole thing got really ugly really quick.

Now that the dust is clear and everyone is rich again, it’s time to take a look at the worst contract on every single NBA team.

Pretty simple to figure out, right? 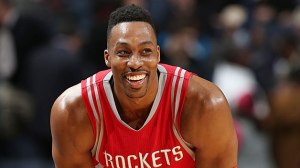 The Hawks don’t have a lot of bad contracts. The Kent Bazemore deal that was just signed might cause some people to scratch their heads, but Bazemore still has room to grow in the league. You know what you’re getting with Dwight Howard. He’s been a cancer in the locker room of every NBA team he’s been on since leaving the Orlando Magic. He has an ego that needs to be massaged and if it’s not and he becomes unhappy….yikes. Good luck with this signing Hawks fans. 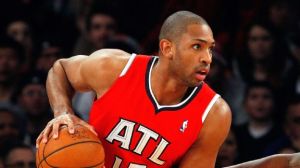 The Celtics are another team that don’t have a lot of bad contracts. As a matter of fact, general manager Danny Ainge has done a tremendous job with managing this team and it’s finances. I’d say the worst contract belongs to the newest Celtic, Al Horford. Horford is still a fantastic player, but the Celtics are banking on him continuing to be an All-Star level player for four more years. He’s 30 years old and is moving to a new NBA team for the first time in his career. That’s far from a guarantee. 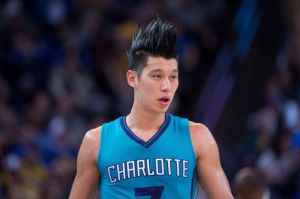 Not only does Jeremy Lin have one of the worst hair cuts in the NBA, but he now has one of the worst contracts in the NBA to go along with it. What were the Nets thinking when they decided to hand Lin a 3-year deal worth almost $40 million? Lin has been on 5 NBA teams in just over 6 seasons. Why? Because he’s the pure definition of inconsistent. One night, he will look like he’s got it all figured out and LINSANITY IS BACK! Then….he suddenly disappears again. Have fun with that Brooklyn. Don’t be surprised if Lin is traded within the next season. 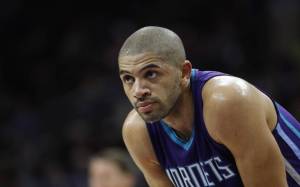 Speaking of inconsistent, Nicolas Batum fits that bill as well. As a former Trail Blazer, it shouldn’t be a surprise that I love me some Nic Batum. He’s a good player who has spurts of being an excellent player. That’s the problem though. Batum should be better than he actually is. The talent was always there, but for some reason…it was never fully unleashed. In his first year as a Hornet, Batum’s leash got longer and he ended up having arguably the best year of his NBA career. Can he keep that momentum up though? I definitely have my doubts which is why “NIC BATUM – MAX NBA PLAYER” is a sentence that gave me chills as a Blazers fan. 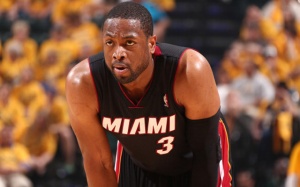 Gross. Nothing against Dwyane Wade who has been one of the NBA’s best players over the past ten years, but he’s definitely getting rewarded by the Bulls for what he’s done in the past. His time is up as far as being one of the NBA’s best players is concerned. He wasn’t very good last year (there’s a reason the Miami Heat were content letting him walk) and for some reason, he wanted a pay raise this off-season. Think about that for a second and imagine how that would play out in the real world. A guy who used to be really good at a job, isn’t as good anymore…but wants to be rewarded for what he used to do. Sounds like a stupid way to run a business, right? Tell that to the Chicago Bulls. 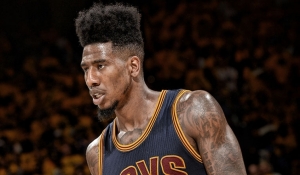 The former first-round draft pick by the New York Knicks is coming off his worst season as a professional. Yes, he may have just won a ring…but the Cavs really need to consider cutting Shumpert loose if they can. They are paying him double-digit figures to come off-the-bench and provide some scoring, but it’s unfortunate because he’s a shooting guard who doesn’t shoot that well. Shumpert is definitely a candidate to get traded by the Cavs, if they are lucky enough to find a trade partner. Something tells me that will be more difficult than we think though. 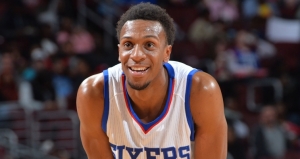 The Pistons don’t have a lot of bad contracts. All their young players that look to have tremendous upside (Andre Drummond & Reggie Jackson) are signed with long-term deals and will continue to grow together. Perhaps their worst contract is a guy who’s coming in with six years of NBA experience….ON NINE DIFFERENT TEAMS! Ish Smith has had a hard time settling down with an NBA team, but he’s coming off a career year in Philadelphia that saw his numbers boom and his stock go up. Why did his numbers suddenly increase though? Will we see that same kind of production in Detroit? There are tons of questions surrounding how Smith is going to fit in with the Pistons, but I guess the silver lining on it all is that his contract isn’t TOO bad and he could be a nice trade asset in the next few seasons. 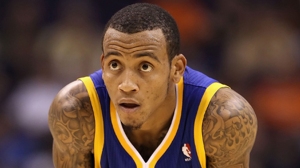 The Pacers have a couple of bad contracts on their team, but the one that stands out the most to me is Monta Ellis. I don’t think Ellis is a very good basketball player anymore. Both his stats and his minutes are on-the-decline and I expect that trend to continue going forward. Unfortunately for Indiana, they have Ellis locked-up for another 2 seasons with a player option for a third-year. Yuck. 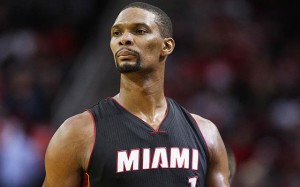 First off, Chris Bosh is still a very good NBA player. When he plays, that is. Unfortunately for him and the Heat, Bosh has had some serious health issues the last few seasons that have ended up cutting his time short. He’s 32 years old. There’s no telling what you’re going to get out of him next season, especially with his BFF Dwyane Wade gone. The Heat also have him signed for three more seasons when they should be re-building around Hassan Whiteside and Justise Winslow. Like I said, he is still a good player….but his contract looks incredibly disgusting at the moment. If he can return to being an All-Star player who plays more than 90% of the Heat’s game next season, I’ll gladly eat crow. 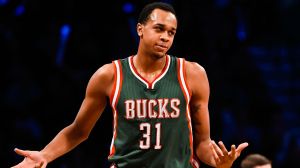 The Bucks are paying John Henson $12,000,000 a year and he doesn’t provide much. He was the eighth leading scorer on the team, fifth in rebounding, but the guy does a nice job protecting the rim down low. Is it really worth paying a guy like Henson that much money when he really only does one thing extremely good? Don’t the Bucks have other needs they could be spending that money on? I mean, I know it’s the NBA and I know you need rim protectors, but that’s a shit ton of money to give a guy who to me is just plain average. 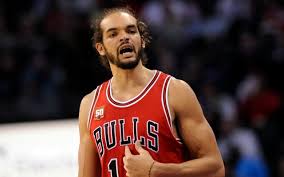 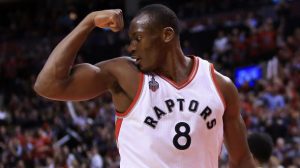 I like Bismack Biyombo, but I don’t love him. He does two things really well. Grabs boards and provides a nice presence in the paint as a rim-protector. That’s it though. He can be a liability on the offensive side of the ball and he’s never started a full-season worth of games, something he may be asked to do in Orlando. The guy still has all sorts of potential as he’s only 23-years old, but I just don’t know. I think we know what we’re getting with this guy and I’m not sure his play is going to be able to match up to his contract when it’s all said and done. I’ve been wrong before though. 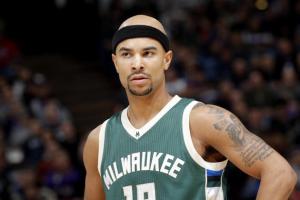 The Philadelphia 76ers are an extremely young team and being a young team, they don’t have a whole lot of bad contracts. I’d have to say their worst contract is probably the Jerryd Bayless one they just signed. Bayless is a decent player, but he’s nothing to get excited about. He’s now the highest paid player on the 76ers and is going to be expected to be a veteran leader in a young locker room and I’m not entirely sure that’s a role he’s comfortable in. Philly fans may not have minded this signing this past off-season, but by next year….they’ll probably hate it. 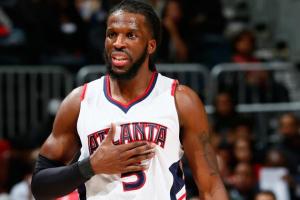 The Raptors signed DeMarre Carroll last off-season when the guy was coming off a career year after six seasons in the NBA. A lot of experts looked at the contract with skepticism as they felt Carroll was slightly over-paid and may not be able to live up to the contract expectations. Well, after year one…those worries were definitely worth it. Carroll ended up playing only 26 games for the Raptors in his first season in Toronto and he also saw his numbers take a slight dip. If that trend continues, something tells me Raptors fans are going to be perched on a rooftop ready to jump. With DeMar DeRozan’s gigantic contract and Jonas Valanciunas and Kyle Lowry all getting paid big bucks, the Raptors are going to be strapped for cash the next few seasons. They need Carroll to revert back to the way he was playing in 2014-15. For Toronto’s sake, they’d better hope last year was a fluke. 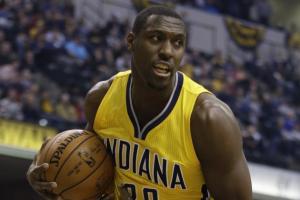 This signing confused me when it happened. The Washington Wizards already have Marcin Gortat signed to a long-term deal and he’s a better player than Mahinmi is and plays the same position. So what’s the plan then? You’re going to pay Mahinmi $16,000,000 a year to come off the bench when it’s clear he’s ready for a starting position? Are you going to move Gortat to the bench even though his production as a starter has been solid? The Wizards have a log jam at the center positon and a lot of money devoted to it when they clearly have other needs. Just an odd free agent signing if you ask me.

Did you enjoy part one of THE WORST CONTRACTS IN THE NBA? Make sure to come back tomorrow for PART TWO!